Cost of raising a child 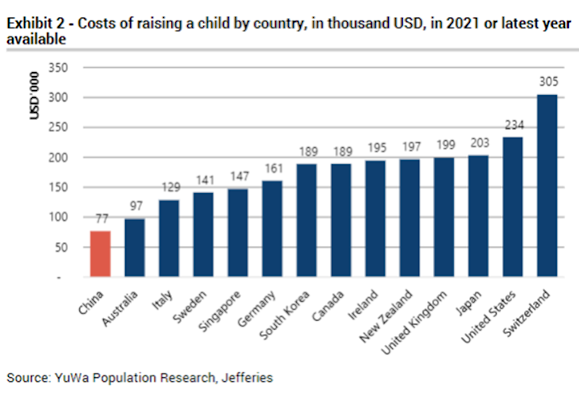 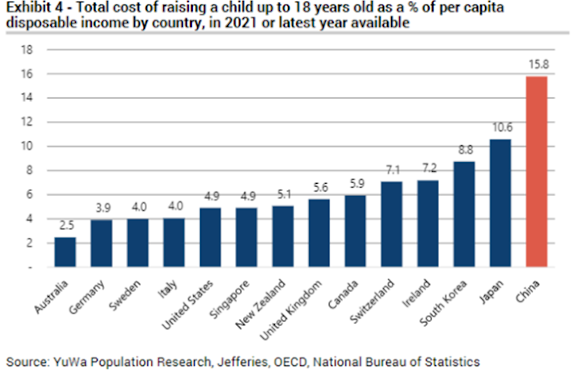 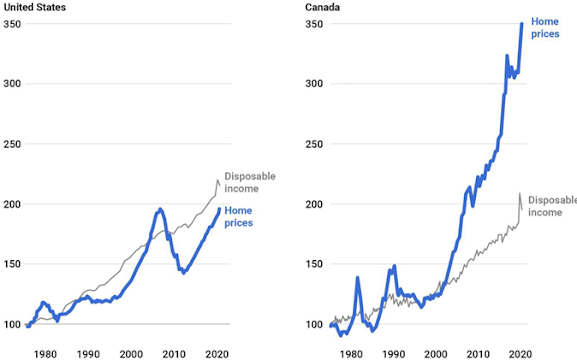 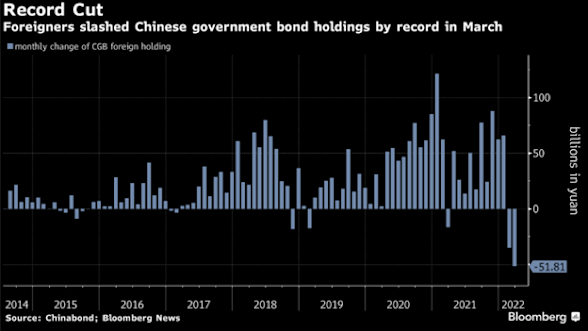 In this analysis, we’ll align the natural gas flows presented to a consistent measurement of billion cubic feet per day (bcf/d). Apologies to our non-US Doomers, but US supply will likely play a key role in weaning Europe off Russian supply, so we’re aligning to the unit you’ll likely see referenced regularly in the coming months.

Thanks to the shale revolution, the US now produces approximately 96 bcf/d of natural gas. Of that amount, nearly 12 bcf/d is exported via newly constructed LNG terminals. Said another way, Europe’s Russian natural gas imports represent the equivalent of 125% of the entire current US LNG export capacity. This is a significant number.

Until recently, the US had six major LNG export facilities running at or above nameplate capacity. On March 1, 2022, Venture Global LNG's Calcasieu Pass facility in Louisiana shipped its first product, establishing a seventh hub. That project will continue to build out more trains, while Golden Pass, a 70:30 joint venture between QatarEnergy and ExxonMobil, is slated to come online in 2024. In all, these projects should add approximately 3.2 bcf/d of additional export capacity by 2025. There are several other projects at various stages of development, and assuming price differentials between the US and the rest of the world remain elevated, it is safe to assume these will eventually get built. Critically (and finally!), the industry is experiencing a newly warmed reception from the Biden administration.

According to data from S&P Global, total LNG exports amounted to approximately 377 million metric tonnes in 2021. To convert this into our bcf/d framework, there are 48.7 billion cubic feet in a million metric tonnes and still 365 days in a year, making the global LNG export market approximately 50 bcf/d across all sources [(377 x 48.7)/365 = 50 bcf/d].

At a rate of 15 bcf/d, Europe relies on Russia for the equivalent of 30% of the entire global LNG export market. Given the price elasticity of demand for natural gas, and the fact that countries like Japan, South Korea, China, and India depend heavily on LNG imports to meet their energy needs, the nature of the challenge facing Europe becomes clearer.

Investors Own Nearly a Third of Homes in Major Canadian Markets

People who own more than one home account for about a third of the housing stock in some of Canada’s biggest markets, new government data show, highlighting how the nation’s real estate boom may also be heightening inequality.

Multiple-property owners accounted for 31% of all homes in Ontario as of early 2020 and almost the same share in British Columbia, a report from Statistics Canada said Tuesday. In the smaller east coast provinces of Nova Scotia and New Brunswick, the share was about 40%, the data show.

A 50% rise in home prices over the last two years has made the cost of housing a political issue in Canada, prompting Prime Minister Justin Trudeau to make home affordability a centerpiece of his government’s 2022 budget.

But with the supply of houses for sale still near record lows, prices at record highs, and interest rates set to rise, the barriers for new buyers appear to be getting more entrenched. In British Columbia, the top 10% of owners control 29% of the total value of residential properties in the province.

While Trudeau’s budget focused on curbing the role of professional investors and foreign owners in the housing market, the new government data suggest the majority of multiple-property owners are just individuals or families already living in Canada. Most own just two properties -- usually single-family detached houses -- and are usually located in the same area, suggesting most are buying the second property for rental income not recreation.

Because the figures are from the period prior to the Covid-19 pandemic, they may underestimate multiple homeowners’ current role in the market. More recent data from the Bank of Canada showed multiple-property owners have increased their share of home purchases in that time, while first-time buyers represented a smaller share of the market. 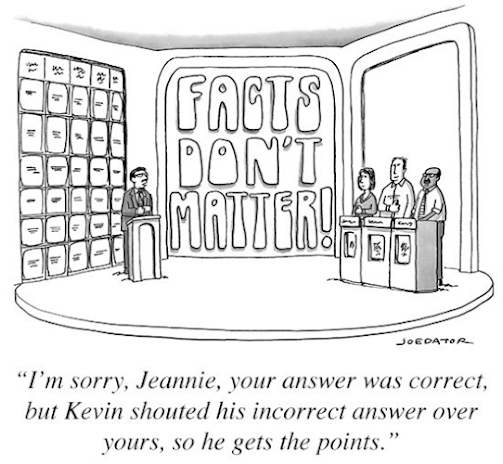 In a series of experiments that are fairly cruel and unpalatable, yet interesting in their findings, Curt Richter demonstrated that hope is a powerful factor in perseverance. Curt’s experiments focused on how long it takes rats to die from drowning. He conducted his experiments by placing rats into buckets filled with water and seeing how long they survived.

12 domesticated rats were used in Curt’s first set of experiments. The three of these rats initially swam around the surface, then dove to the bottom of the bucket and explored what was there for a while. It lasted a total of two minutes before it drowned. The other nine domesticated rats though did something completely different. After an initial exploration, the predominantly spent their time and the surface. And the just kept swimming. They survived for literally days before eventually succumbing to exhaustion and drowning.

The second set of experiments Curt undertook involved 34 wild rats. Wild rats are excellent swimmers, and these savage and aggressive ones had only recently been caught. Obviously, Curt expected them to fight hard for their survival. Surprisingly though, this wasn’t the case at all. Despite their ferocity, fitness and swimming ability, not one of the 34 wild rats survived more than a few minutes.

Curt reflected on what caused some of the rats to give up and decided that hope a key factor in the willingness to struggle on. The last set of experiments that we’ll focus on were concerned with the impact that introducing hope would have on the perseverance of the rats in buckets. To test his hypothesis Curt selected a new cohort of rats who were all similar to each other. Again, he introduced them into buckets and observed them as they progressed towards drowning. This time though, he noted the moment at which they gave up then, just before they died, he rescued them. He saved them, held them for a while and helped them recover. He then placed them back into the buckets and started the experiments all over again. And he discovered that his hypothesis was right. When the rats were placed back into the water they swam and swam, for much longer than they had the first time they were placed in the buckets. The only thing that had changed was that they had been saved before, so had hope this time.

What This Means in the World of Work

From a work perspective, these findings can be taken to mean that people will remain resilient and will continue to persevere in the face of difficult situations, provided they have hope. What this means for leaders is that people in your team will be strong and resilient, provided that you give them hope of a better future. If that hope is extinguished, your people will stop fighting for you.

The Productivity Secrets of the Air Force’s Disaster Gurus

Hurricane Florence was a day away from drowning the East Coast, but the airmen were at ease. The members of the Air Force’s 621st Contingency Response Wing—a unit designed to respond to natural disasters—could only guess at what was coming. A year earlier, when the United States had been battered by the one-two-three punch of hurricanes Harvey, Irma, and Maria, nearly four hundred men and women from the 621st had deployed to help with the relief effort. If the storm now churning in the Atlantic made landfall with the ferocity of any of those disasters, a lot of the people I saw walking through McGuire Air Force Base would be launching into action within hours. And yet, no one looked rushed or harried. The gloomy weather made everything on the base seem like it was happening in slow motion—the giant arms of the storm had pressed clouds down on all of southern New Jersey, and the air was eerily still.

There was a reason that everyone was so calm: they were prepared. They were so prepared that they could spend hours that autumn day in 2018 showing me around the base without affecting in the slightest their hurricane relief efforts that might soon begin. I had spent a year embedding in different organizations facing high-pressure deadlines, and these airmen were the coolest customers I had encountered yet. What did they know that the rest of us didn’t?

As the unit’s name suggests, the Contingency Response Wing responds to “contingencies,” which can range from earthquakes and hurricanes to the last-second crises that can crop up in a war zone. The 621st can open an airfield capable of landing giant aircraft just about anywhere in the world. And in a disaster, a working airfield can mean the difference between life and death for people needing shelter, food, and water.

On the eve of a storm that would keep the Carolinas underwater for weeks, the unit’s leaders, Chief master Sergeant David Abell and Colonel Ryan Marshall, walked me through their operation. I told them it didn’t look like anyone was about to go hop on a cargo plane and coordinate a wide-reaching relief effort, but they assured me they were poised to do just that. “We’re ready,” Marshall said. “We are designed to go in quick, light, lethal, agile.”

Each mission was essentially unknowable until it arrived, but the commanders were certain they could handle it. There was a lesson here for anyone facing more mundane deadlines, but it took me a while to learn it.