This Week’s in charts

Mismatch of unemployment and consumer sentiment 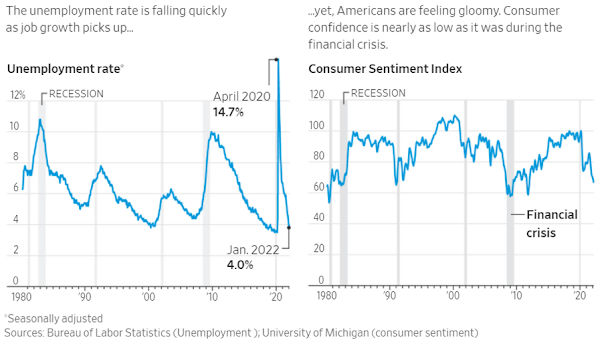 Sharp inflation is part of the problem 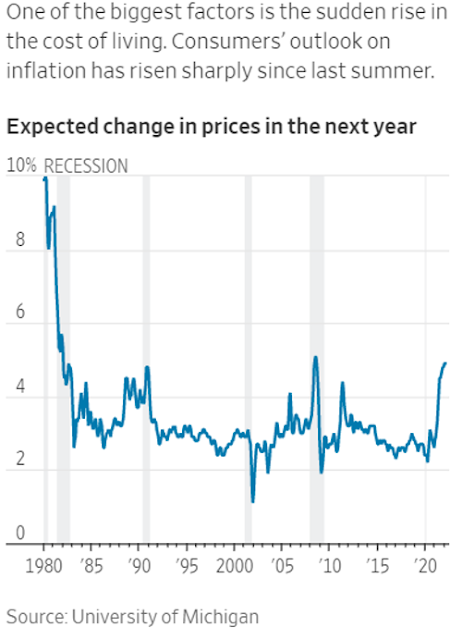 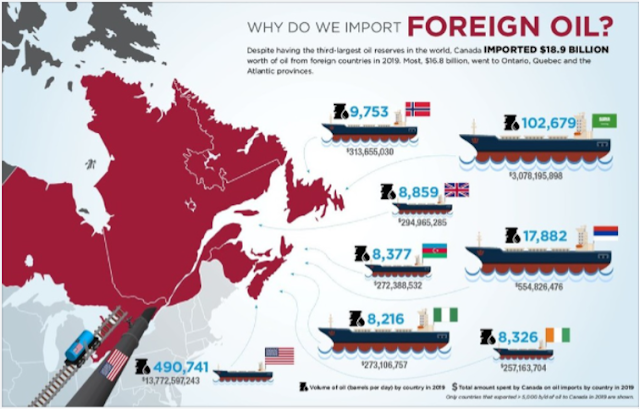 In April 2019, BusinessWeek published a cover story asking “Is Inflation Dead” with a picture of a dead dinosaur – the implication being that inflation was not only dead but extinct.

What follows is an essay on contrarian thinking and consensus expectations.

The Politics of Passive Investing

There are a handful of folks in the finance world whom I try to read everything they put out. Matt Levine at Bloomberg is one of them. Let’s face it, he is smarter than most of us, and writes better than, well, all of us?

“The right model of BlackRock is probably that it is mostly an aggregator of preferences, but it is also, at the margin, a shaper of preferences. It passively reflects what investors want generally, but it has some ability to push those investors to want different things.”

The Harvard professor (John Coates) was very correct about the entangling of goals of “the state” with the goals of a business. Because today, in some ways, “the state” is Larry Fink, the founder, chairman, and CEO of BlackRock, manager of $10 trillion of assets. It is Larry Fink intimating that the companies that happen to be included in major US benchmark indices like the S&P 500 are now beholden to his personal views; views which seem to be particularly motivated by his penchant for environmental issues.

Russia May Default. Passive Funds Still Have to Own Its Bonds.

Russia could default on its debt as soon as this month, and investors still own billions of dollars of the securities through emerging-market bond funds.

Russian financial markets have been called “uninvestable” after the country’s invasion of Ukraine was met with sanctions from the U.S., Europe, and other Western nations. The sanctions, meant to isolate Russia from the global financial system, include cutting off many Russian banks from key financial infrastructure and freezing its central bank’s assets.

As a result, S&P Global Ratings downgraded Russia’s credit rating to CCC-minus, one step above default. That is either five or six notches below its prior rating, depending on the currency of its debt.

Russia’s next foreign-currency debt payment is due March 16, according to Bloomberg data. Pricing on that debt reflects substantial risk, as it was quoted around 30 cents on the dollar late Thursday on Bloomberg. If Russia does default on that debt, it would be unprecedented; during its late-1990s financial crisis it continued to pay most of its foreign-currency debt.

Yet emerging-market bond benchmark providers still include Russian ruble-denominated bonds in their indexes. That means passively managed emerging-market debt funds couldn’t sell the bonds even if there was a liquid market for them.