How does our Investment team come up with their insights? For starters, they like to read…a lot. In the past we’ve shared their favourite reads, and now we’re taking it to the next level. Introducing the Investment team book club, a roundtable discussion of books that each member must read. We hope they will lead to spirited conversations about themes important to any investment professional. This first curated list of books conjures lessons from the past and peeks into the future. 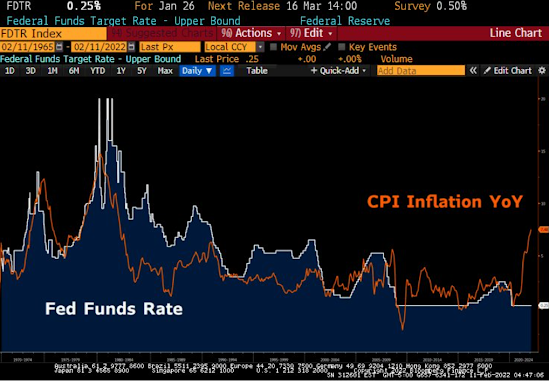 Cost of energy and economic growth 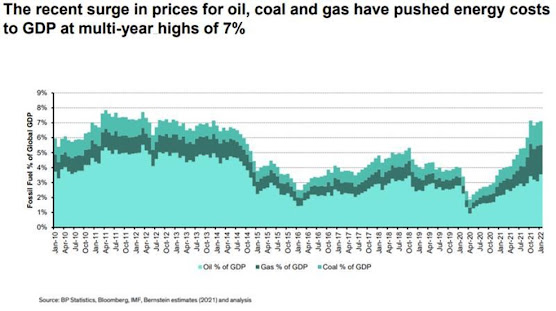 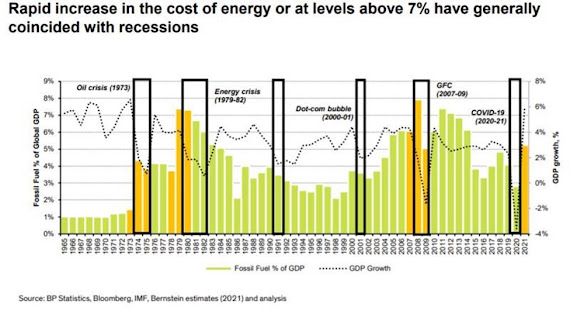 Finland’s government has been working arduously to stem the country’s rapid population decline. Since the 2019 elections, a cabinet run by a millennial woman has produced eight offspring, with two more on the way. Regular Finns have joined in the baby making: The number of live births jumped 6.7% last year, the most in nearly five decades.

Other nations on Europe’s northern rim have experienced their own pandemic baby bumps, making the region of 28 million people an outlier among advanced economies, several of which have seen fertility rates drop to historic lows. 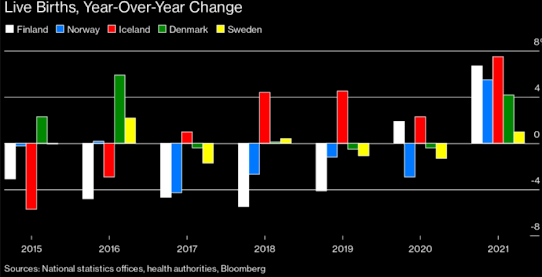 “The pandemic definitely had an impact on our decision to try for a second child”, says Heini Korpela, 38, who oversees influencer marketing at Otavamedia Oy in Helsinki and gave birth to a baby girl in June. “We’d spent so much time at home that it did not feel like a big deal to stay home with another baby.

For Tryggvi Sigurdsson, a 36-year-old engineer from Reykjavik who became a father for the third time last June, one upside of the COVID-19 crisis is that there was more familial support for new parents. “Everyone spending a lot of time at home, including grandparents for instance, so people might be more available to babysit,” he says.

Trouble lies ahead for the Canadian housing market

The Canadian residential real estate market may have ended 2021 with its 12th consecutive annual increase in prices, with a year-over-year gain of 17.9 per cent, but there is a good chance that trend may be broken in 2022.

Indeed, as the Bank of Canada grapples with inflation at a 30-year high of 4.8 per cent year-over-year, interest rates are set to rise over the coming quarters; the market is currently priced for nearly seven rate hikes through the end of the year. This will likely serve to quell the investor-led housing frenzy that has gripped the nation throughout the pandemic.

So, with a record share of mortgage debt hitched to variable rates, the housing market (and the broader economy) could be in for trouble should this extended honeymoon period come to an end.

Exercising does two things: It makes you hungry and makes you proud. So let’s say after every workout you eat a huge dinner with extra dessert. You know that’s not ideal, but you just accomplished something hard, so it feels justified.

After a year of this you haven’t lost any weight, which was your goal. You can’t figure it out. You’re exercising every day. You’re so frustrated.

You can’t measure the benefit of exercise just by tracking how much you work out. It’s the gap between your workout and avoiding offsetting its benefits after the fact that makes all the difference.

And isn’t building wealth the same?

The typical American family is earning more than ever before. But for many it probably doesn’t feel like that – at least as much as it should – because all of the income gains and then some have been offset with higher spending.

I get why it happens. Spending more when your income rises is as tempting as eating more after you exercise. It feels earned and justified. People’s lifestyle expectations are driven by their peers, so when everyone spends more you feel entitled to do the same.

But all wealth relies on the ability to receive an extra dollar and say, “I could spend this, and spending feels great, but I’m not going to.” It’s the same as turning down a big meal after working out, and it’s just as hard. All great things are hard.

Posted by EdgePoint at 1:27 PM