Streaming-video services get a surge of subscribers when they launch a hotly anticipated show or movie. But many of these new customers unsubscribe within a few months, according to new data, a challenge even for the industry’s deep-pocketed giants.

The data, which subscriber-measurement company Antenna provided to The Wall Street Journal, illustrate the extent to which the streaming wars require all players to consistently churn out popular and often expensive programming to keep fickle subscribers satisfied.

“You constantly need new content,” said Michael Nathanson, an analyst for Moffett Nathanson. Streaming services not only have to build vast libraries of old shows and movies, he said, they also “need a couple big, nice theatrical movies every quarter to make it feel like it’s really valuable.” 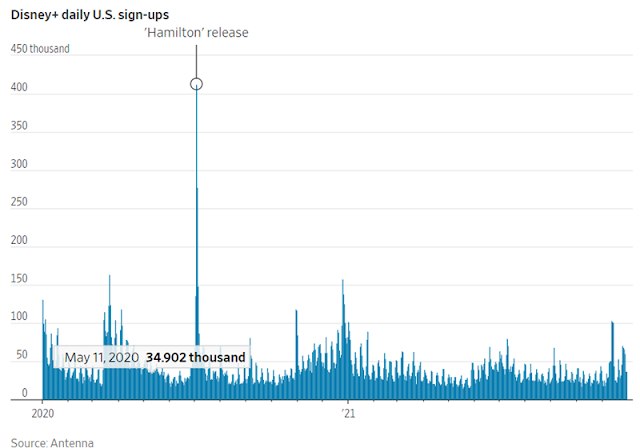 Coffee Reserves Plunge to Lowest in More Than Two Decades

The era of expensive coffee is not going to end any time soon, judging from dwindling amounts held in reserves.

Stockpiles of high-end arabica beans, a favorite of artisan coffee shops and chains like Starbucks Corp., totaled 1.078 million bags or about 143 million pounds, according to data released Monday by ICE Futures U.S. exchange. That’s the lowest level for inventories monitored by the New York exchange since February 2000.

Coffee reserves certified by ICE have been falling since September due to soaring shipping costs and unfavorable weather that clipped production in Brazil, the world’s largest grower and exporter.

Shrinking inventories are a concern because countries tap them when they aren’t getting enough product from overseas. It’s a sign that demand is outstripping supplies, and a condition for rising prices. Coffee prices have already been touching multiyear highs at a time when food inflation is gripping the globe. 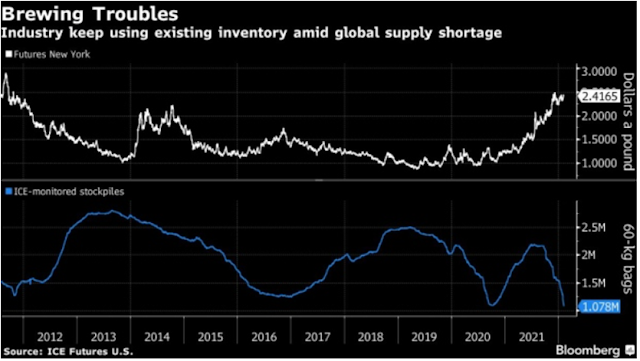 Canadian pure gasoline will quickly be labelled with its nation of origin, very similar to that “Grown in California” sticker on an orange from the native grocery retailer, says Mark Fitzgerald, outgoing chief govt officer of Petronas Energy Canada Ltd.

His feedback underscore a shift within the Canadian energy panorama, wherein extra corporations at the moment are eager to deal with the environmental, social and governance (ESG) measures that more and more affect world buyers and customers. Suncor Energy Inc. CEO Mark Little, for instance, stated not too long ago that ESG discussions have modified the dialog round oil to some extent, as a result of buyers and customers are not targeted solely on the worth of a barrel of crude.

In the case of pure gasoline, Mr. Fitzgerald stated the commodity will probably be differentiated sooner or later based mostly not solely on the greenhouse gasoline emissions that come from its manufacturing, however the nation of origin’s environmental protections, respect for Indigenous rights, social insurance policies and poverty discount measures.

And on that scorecard, he stated, Canada can nudge forward of opponents. 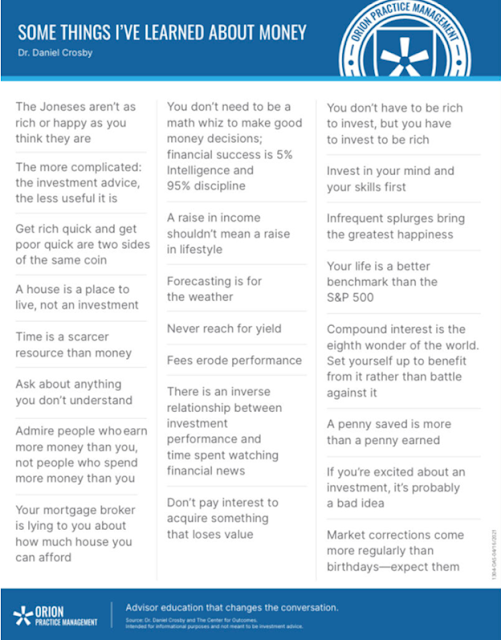 Posted by EdgePoint at 3:22 PM