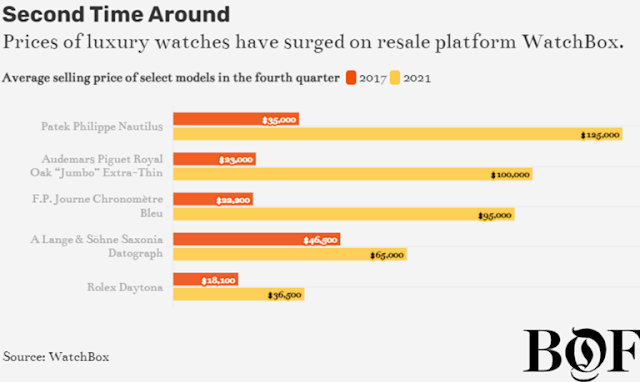 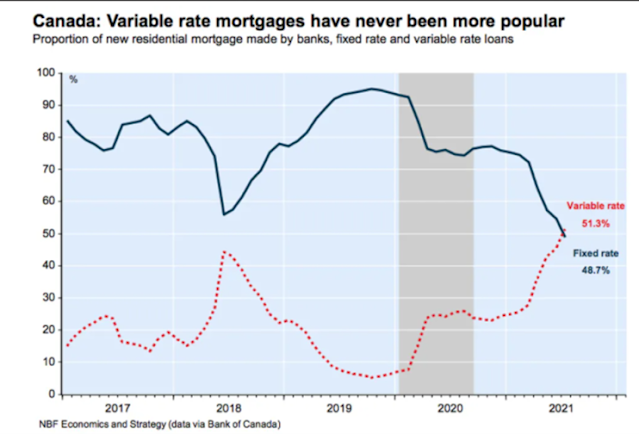 According to this farming insider, dramatically increased costs for fertilizer will make it impossible for many farmers to profitably plant corn this year.

Things like fertilizer and liquid nitrogen have tripled and quadrupled in price. Yes, commodity prices are up, but that certainly wont cover the new increased input costs. Corn for example, typically takes about 600 pounds of fertilizer per acre, plus 50 gallons of liquid nitrogen. Times that by many acres and that’s a lot of money. Soybeans take much less. Problem is, there is apparently a soybean seed shortage because others have this plan as well.

Corn is one of the foundational pillars of our food supply. If you go to the grocery store and start reading through the ingredients of various products, you will quickly discover that corn is in just about everything in one form or another.

Of course, fertilizer prices are not just going through the roof in the United States. In South America, high fertilizer prices are going to dramatically affect coffee production. Christina Ribeiro do Valle, who comes from a long line of coffee growers in Brazil, is this year paying three times what she paid last year for the fertilizer she needs. Coupled with a recent drought that hit her crop hard, it means Ms. do Valle, 75, will produce a fraction of her Ribeiro do Valle brand of coffee, some of which is exported.

Consumers Are Pivoting Spending to Services Like Dining and Travel

Americans responded to the pandemic with a dramatic shift in spending to goods from services. That now appears to be reversing and should gather steam as the Omicron wave of Covid-19 ebbs, economists say.

Consumers shopped more online in the pandemic, and changed what they bought. Unable to eat out or travel, and with both school and work going remote, they splurged more on things for the home such as furniture and computers. Several rounds of federal stimulus amplified that spending spree.

Goods—including nondurable goods such as food and clothing, and durable goods such as cars and appliances—averaged 31% of total personal consumption in the two years before the pandemic. That soared to 36% in March and April 2021, shortly before Covid-19 vaccines became widely available. The share has been dropping since, to 34% in December. Consumer spending on goods fell that month for the second month in a row, according to the Commerce Department, while spending on services increased slightly.

James Knightley, chief international economist at ING, said consumers are starting this year with “a combination of general fatigue of buying physical things and Omicron reducing the ability to spend on services.” 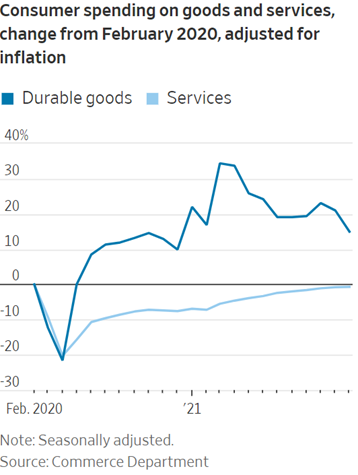 Posted by EdgePoint at 1:34 PM