We’re hiring in Toronto and Montreal! We’re looking for individuals who have a passion for relationship management.

This quarter, portfolio manager Andrew Pastor discusses why our investment approach is repeatable despite the unpredictable sources for our business ideas.

This quarter, portfolio manager Derek Skomorowski talks about why fixed-income investors often forget that good times don’t last forever and why it’s important to manage inevitable risks that come along the way.

This Week in Charts

Critical materials for a low-carbon economy 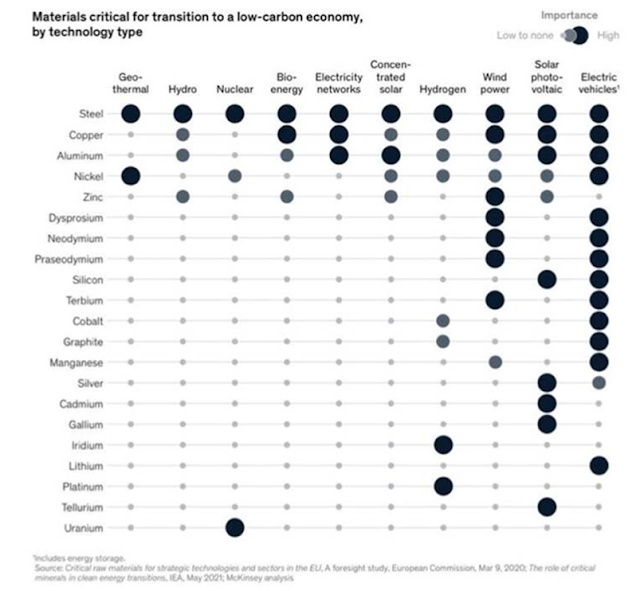 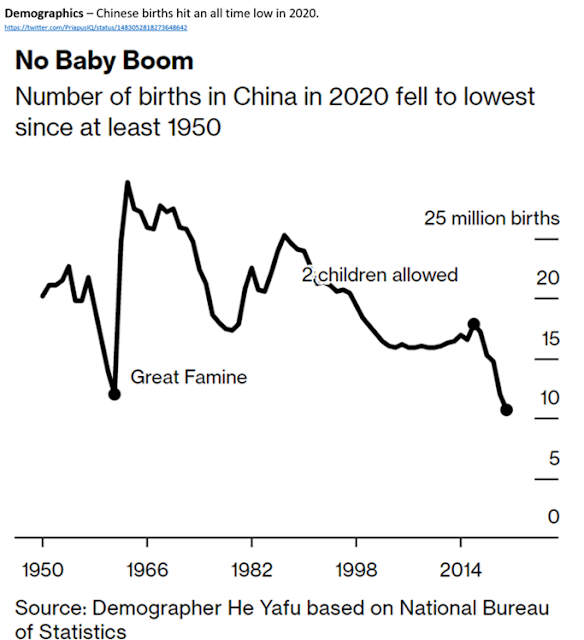 With another 4.2% drop on Tuesday, the tech-heavy ARK Innovation ETF is closer to wiping out its famous outperformance versus the S&P 500 Index that helped propel Cathie Wood to Wall Street superstardom.

It has now returned just 11 percentage points more than the benchmark U.S. stock gauge since the start of 2020 -- when Wood’s fortunes soared in the pandemic-fueled speculation that helped ARKK trounce just about every fund in America’s now-$7 trillion ETF market.

Weighted by when inflows occurred, the average investor in five ARK ETFs is sitting on a 27% loss, Bespoke Investment Group wrote in a Tuesday note. The firm monitors a slew of the firm’s funds as a proxy for market risk appetite.

Why Canada may yet be an energy superpower

Shifting too quickly from carbon-intense industries, which currently employ millions of workers, will trigger economic volatility, deepen unemployment and increase societal and geopolitical tensions, warned the World Economic Forum in its latest report.

It’s not just developing countries — Western resolve is weakening, too. Europe, which is at the forefront of the global energy crisis, serves as an early warning that well-intentioned, long-term energy policies that look astute on paper can easily be taken hostage in the interim and threaten those very polices. Outsourcing the EU’s energy needs to Russia has jeopardized the growth prospects of one of the most advanced and progressive economic blocs in the world.

Given its riches, Canada has a role to play in the world’s energy security. Not as a shallow, “ethical-oil producer” (the whole ethical-oil thesis falls apart as many Canadian barrels will end up in human-rights challenged China), but as an energy exporter that has more stringent emissions policies than its peers, and technological expertise in the areas of hydrogen, carbon capture and storage, wind, solar, hydro, and nuclear among others.

Fink finally wakes up to reality

Wall Street’s biggest investors are welcoming back oil and gas stocks, and not just because of their knock-out performance over the past 18 months.

“Foresighted companies across a wide range of carbon intensive sectors are transforming their businesses, and their actions are a critical part of decarbonization,” Fink said. “Driving capital towards these phoenixes will be essential to achieving a net-zero world.”

Seven of the top 10 performers in the S&P 500 are oil stocks, which added to outsized gains last year. Most U.S. oil companies have transformed their business model since the pandemic to focus on generating free cash flow rather than expensively growing production at a cost to shareholders and the environment. Fink emphasized that divesting from fossil fuels, as many endowment funds such as Harvard University have done, won’t drive the world toward low carbon.

Posted by EdgePoint at 2:35 PM