Statistics Canada released its annual crop production forecasts. The numbers were expected to be down sharply because of a lack of rain, higher than normal temperatures and low soil moisture levels to begin. This was not a big surprise for the market, however year over year declines were large, nonetheless. 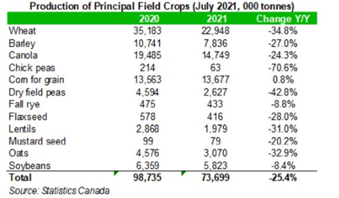 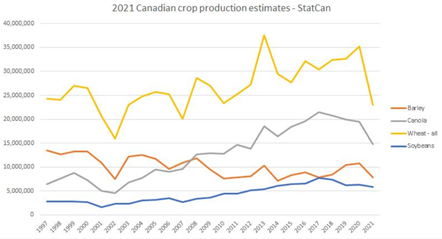 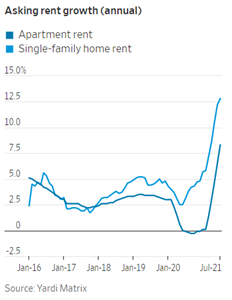 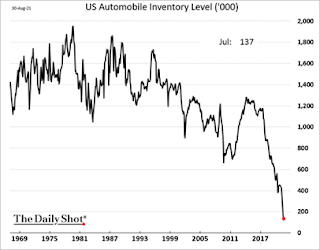 U.S. regulators have long said they’re dubious about the green and socially conscious labels that Wall Street applies to $35 trillion in so-called sustainable assets. For several months, SEC examiners have been demanding that money managers explain the standards they use for classifying funds as ESG-focused. The review is the SEC’s second into possible ESG mislabeling since last year - showing the issue is a priority for the agency and a reason for the industry to worry about a rash of enforcement actions.Few businesses are booming in high finance like sustainable investing, as governments, pension plans and corporations all seek to lower their carbon footprints and be better public citizens. Amid the rush for dollars, more and more ESG insiders have started sounding alarms that a lot of the marketing is hype, a term known in the industry as greenwashing.  The fund industry has said one problem is that no one really agrees on what qualifies as sustainable investing. Since March, European money managers have had to disclose the actual ESG features of products being touted. In the U.S., no such mandate exists - prompting confusion among financial firms and investors alike.Still, any murkiness over rules and requirements isn’t insulating firms from criticism.InfluenceMap, a London-based nonprofit, said last week that more than half of climate-themed investment vehicles aren’t living up to the goals of the Paris Agreement.

Why Fund Returns Are Lower Than You Might Think

Morningstar’s annual "Mind the Gap" study of dollar-weighted returns (also known as investor returns) finds investors earned about 7.7% per year on the average dollar they invested in mutual funds and exchange-traded funds over the 10 years ended Dec. 31, 2020.This was about 1.7% less than the total returns their funds generated over that span.This shortfall, or "gap," stems from inopportunely timed purchases and sales of fund shares, which cost investors nearly one sixth the return they would have earned if they had simply bought and held.

Good news: The most popular material on Earth is great for storing CO2

Concrete is the most used material of the modern era. More than 10 billion tons of concrete are produced each year. Luckily, scientists are showing that it’s our most promising place to stick all of that CO2, too.CO2 enters the atmosphere whenever we burn fossil fuels, like gas and coal. Once it’s made, it sticks around because CO2 has a stable structure that requires energy to change. Depending on exactly what you want to turn CO2 into, that can take more or less energy.When CO2 is incorporated into concrete, it’s literally piped into the mix. The natural tumbling motion of churning concrete is all the energy that’s needed to transform the CO2 into a calcium carbonate. All of this tough calcium carbonate means the concrete needs less cement in its mix, which is another environmental savings, since cement is the worst polluting component of concrete.