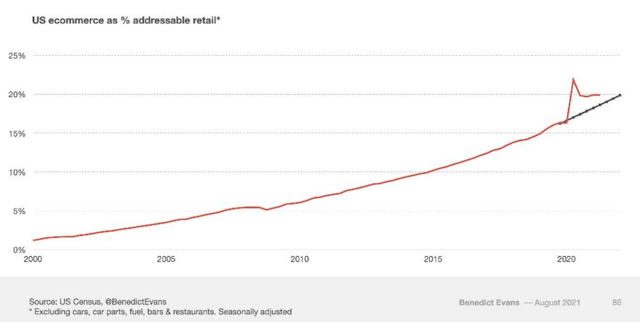 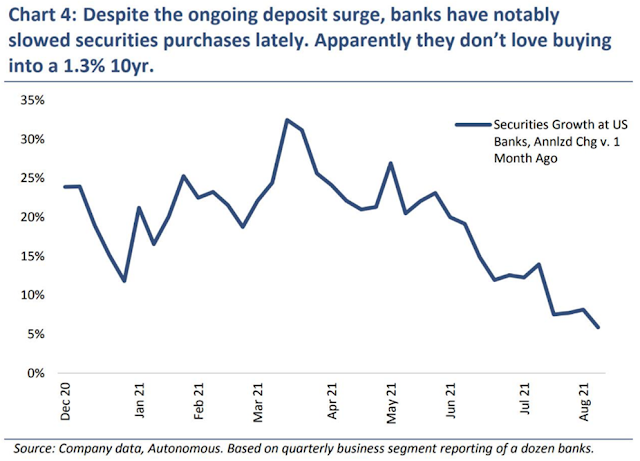 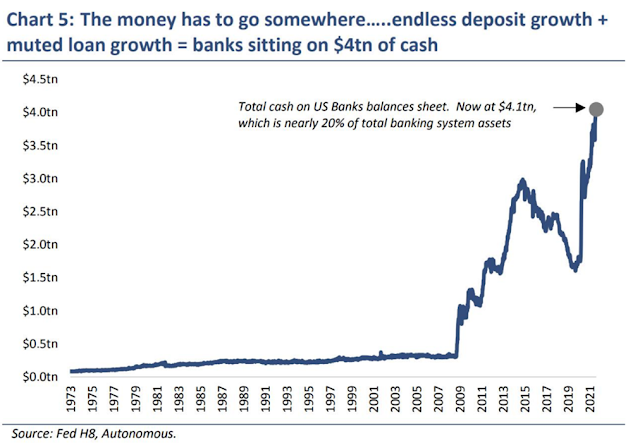 As of July, 64% of the cars sold in Norway are electric. It hits the IEA’s target for ‘Net Zero’ scenario set for 2030. However, the country’s oil consumption is surprisingly unchanged. Here are some of the reasons:

• While the new EV car sales are high the total number of EV cars on the road is under 10%. It takes significant time to turn over the fleet.

• Oil usage for non-passenger car purposes has increased in a last decade due to increased number of vans and trucks.

• LPG/ethane consumption which mostly used for petrochemical plants or for space heating and cooking increased by 31%. 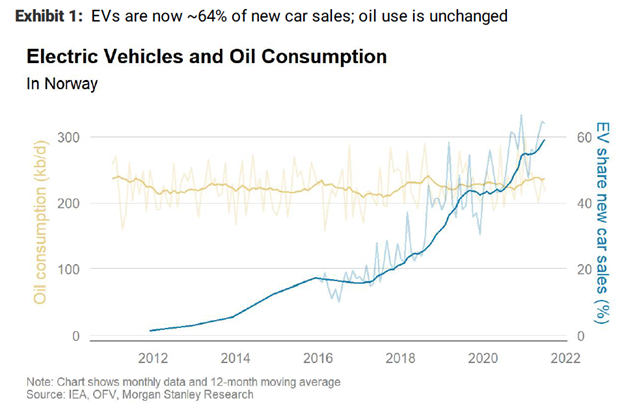 • The line between bold and reckless is thin and often only visible with hindsight, so be careful who you admire and what you admire them for.

• Few things are more persuasive than the opinion you desperately want or need to be true.

• Average returns sustained for an above-average period of time leads to extraordinary returns.

• Investors as a group don’t learn from booms and busts because when people say they’ve learned their lesson they underestimate how much of their previous mistakes were caused by emotions that will return when faced with similar circumstances.

• It’s easy to ignore the power of tail events because it’s painful to accept that most of what happens isn’t that important.

• “Be more patient” in investing is the “sleep 8 hours” of health. It sounds too simple to take seriously but will probably make a bigger difference than anything else you do.

Canadians are paying off nonmortgage debt

• Overall non-mortgage debt fell by a record $20.6 billion from the start of the pandemic to January 2021, including a $16.6-billion drop in credit card debt

• Mortgage debt, however, rose by a record $99.6 billion over the same period.

• The change came as household consumption spending dropped significantly, down 14.7 per cent in the second quarter last year compared with a year earlier

• The debt repayments have also come about as government support programs helped prop up incomes and, in some cases, paid more than what people had been earning before

• People with the lowest credit scores also generally face higher interest rates. Any extra dollar that they have, it’s a huge saving to be deleveraging and paying down that credit card.

The decision to release it offshore into the Pacific is aimed at preventing reputational damage to local marine products amid an outcry from fishermen.

The Japanese government said the same day it will buy marine products as an emergency step to support fishermen if the planned discharge of treated water from the Fukushima plant into the sea hurts their sales.