This quarter, Sydney Van Vierzen looks at why we believe that the key to ESG investing is making the world a better place, not just how a company is rated.

Derek Skomorowski discusses how we're positioning our Portfolios to deliver pleasing long-term returns regardless of the potential negative effects that central bank measures may have on fixed income markets.

Income earned in a savings account is at the lowest level, while income needed to beat inflation is at the highest level since 1994. 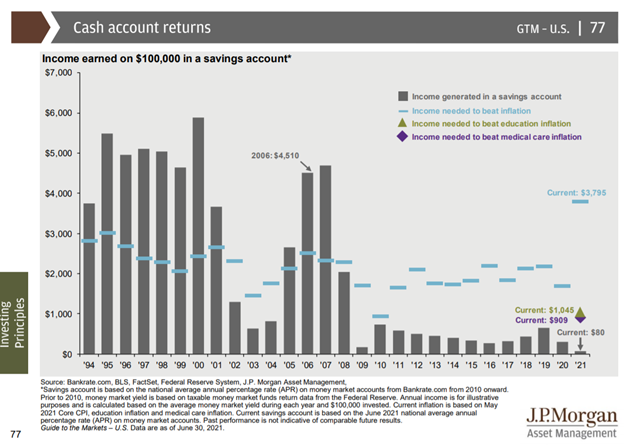 Retail inflows into four direct brokerages account for approximately 20% of all US equity market volume since the start of the pandemic. Inflows were mainly driven from younger age groups, associated with a lower income category. 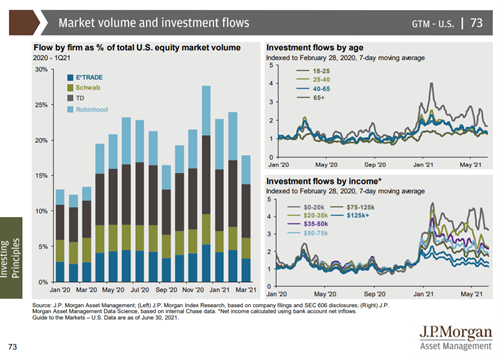 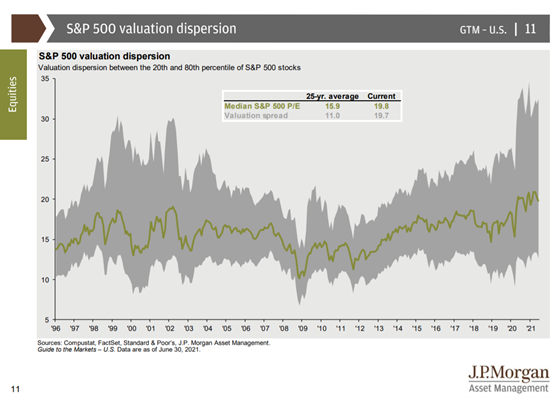 There are four main trends underlying the June inflation report.

First are the items where prices fell sharply at the start of the pandemic and that are now returning to their pre-pandemic levels. 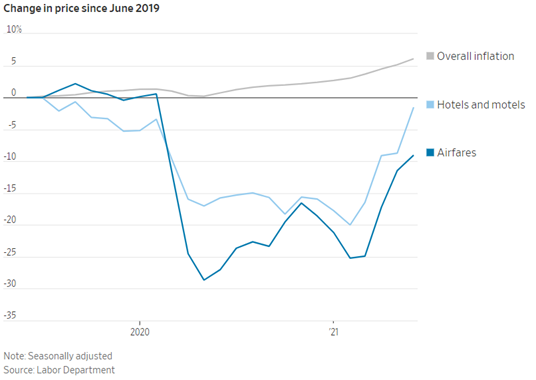 Second are items where prices have temporarily risen above their pre-pandemic levels due to supply constraints and could come down. 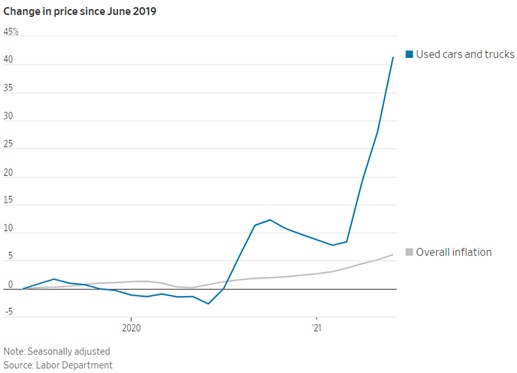 Third are items where prices are likely settling at a permanently higher level. 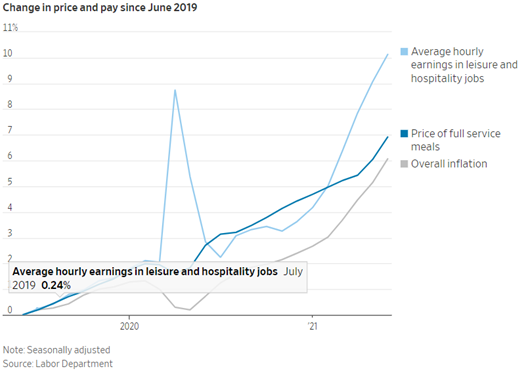 And fourth are items where price increases have slowed rather than accelerated as a result of the pandemic, at least for now. 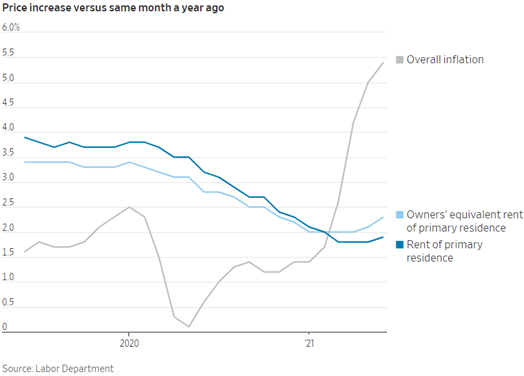 To win at amateur tennis, you only need to avoid mistakes. And the way to avoid mistakes is to be prudent, keep the ball in play, and let the other guy defeat himself in doing so. The other guy will try to beat you but an activist strategy will not work. His effort to win more points only increases his error rate. And it works ever brilliantly when he doesn’t realize that he himself is playing a Loser’s Game.

It’s not just tennis. Any game can be assessed through the mental model of the Winner’s and Loser’s Game. What’s important is whether you can assess which one you are dealing with and adjust your winning strategy accordingly.

Loser’s Games are entirely different from Winner’s Games. Loser’s Games are ones in which the players struggle to compete against the game itself. In such games you make more progress getting ahead by avoiding mistakes rather than making brilliant decisions.

The loser’s game of investing

It’s gradually becoming a well-known fact that the majority of professional money managers—the ones who have devoted their entire career and day to picking stocks—are not beating the market.

The investing game continues to suck in bright and articulate individuals laden with overconfidence who erroneously try to play the Winner’s Game rather than the Loser’s Game. They manage money for outsized gains, expose their clients to too much risk, and rake up too many transaction fees in the process.

Why? Because these people all compete against themselves and they all try to do it faster than the other.

Luckily, there are a few principles that allow one to play the Loser’s Game of investing successfully for those who dare to do so.

Principle #1: Make sure you are playing your own game. In other words, know your circle of competence and know it really well.

Principle #2: Keep it simple. Simplicity, concentration, and economy of time and effort have been the distinguishing features of the great players’ methods, while others lost their way to glory by wandering in a maze of details.

Principle #3: Concentrate on your defenses. Almost all of the really big trouble that you’re going to experience in the next year is in your portfolio right now; if you could reduce some of those really big problems, you might come out the winner in the Loser’s Game.

Principle #4: Don’t take it personally. In the investing business, working harder isn’t at all correlated to getting a better outcome. And we are all, as a group, captives of the normal distribution of the bell curve. The way to give yourself the biggest chance of being on the right side of the curve is by fishing in the less-crowded pond.

Posted by EdgePoint at 3:50 PM