When Americans Took to the Streets Over Inflation

Today, after decades of nearly invisible inflation in the U.S., many Americans have little idea what it looks like. Nearly half of the U.S. population was born after 1981, the last year of double-digit consumer price increases. But America’s long inflation holiday shows signs of ending. Consumer prices are now rising again: The Labor Department’s consumer price index rose 5% in May from a year earlier, the biggest increase in more than a decade. History provides some useful lessons.

The nagging inflation of the late 1960s and 1970s didn’t happen overnight. It took root over years, building through a cascade of policy missteps and misfortunes until it became embedded in the psychology of nearly every American. It would take two deep recessions and new ways of thinking about economics to tame the inflation of that period. 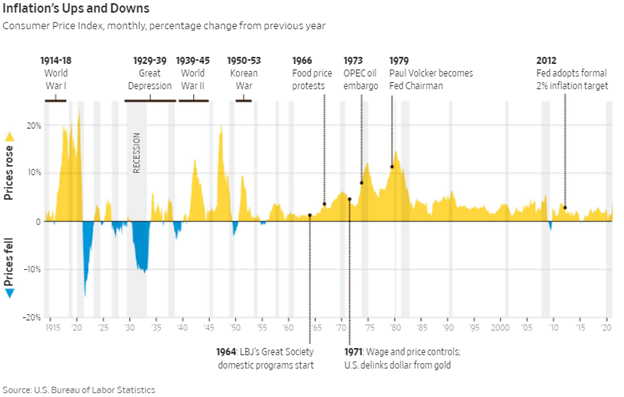 Real cost of lighting in United Kingdom over 700 years 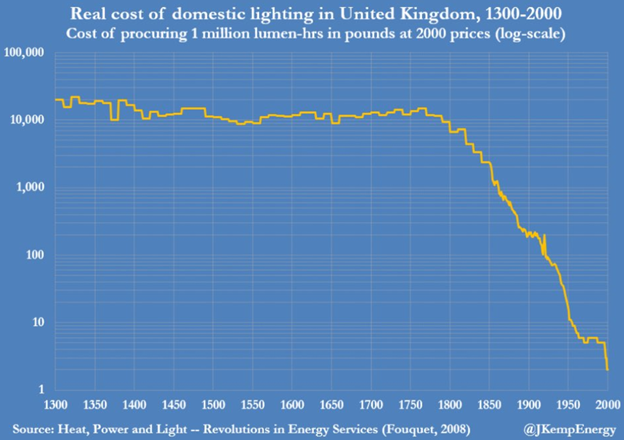 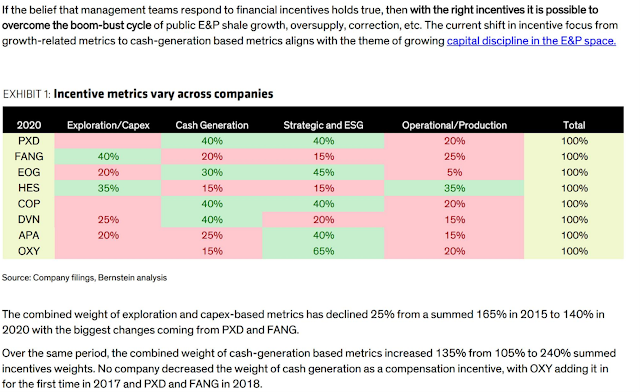 If we want to fight the climate crisis, we must embrace nuclear power

On 30 April, the Indian Point nuclear power plant 30 miles north of New York City was shut down. For decades the facility provided the overwhelming majority of the city’s carbon-free electricity as well as good union jobs for almost a thousand people. Federal regulators had deemed the plant perfectly safe.

New York’s governor, Andrew Cuomo, a key figure behind the move, said that the shuttering of Indian Point brought us “a big step closer to achieving our aggressive clean energy goals”. It’s hard to reconcile that optimism with the data that’s recently come out. The first full month without the plant has seen a 46% increase in the average carbon intensity of statewide electric generation compared to when Indian Point was fully operational. New York replaced clean energy from Indian Point with fossil fuel sources like natural gas

It’s a nightmare we should have seen coming. In Germany, nuclear power formed around a third of the country’s power generation in 2000, when a Green party-spearheaded campaign managed to secure the gradual closure of plants, citing health and safety concerns. Last year, that share fell to 11%, with all remaining stations scheduled to close by next year. A recent paper found that the last two decades of phased nuclear closures led to an increase in CO2 emissions of 36.3 megatons a year - with the increased air pollution potentially killing 1,100 people annually.

• World-Scale Carbon Capacity: The open-access system is being designed with the ability to scale up to more than 60,000 tonnes per day of capacity, or 20,000,000 tonnes per annum, representing approximately 10 percent of Alberta's industrial emissions.

• Environment, Cost and Time Benefits: Utilizing existing assets dramatically accelerates timing, greatly reduces cumulative environmental and community impacts, and is significantly less capital intensive than building a new pipeline. Pembina and TC Energy are targeting the first phase to be operational as early as 2025, with the fully scaled solution complete as early as 2027, subject to regulatory and environmental approvals.

• Economic Development: The construction and operation of the ACG, along with other investments in CCUS technology and infrastructure, will create an entirely new business platform for each company and create new high-value jobs and support economic growth across Alberta.

• Safe & Reliable Operations: World-leading experts have been engaged to evaluate technical and operating conditions of using existing pipeline systems to transport CO2. The companies have the skills and experience to safely operate these kinds of systems as the characteristics of CO2 are very similar to other products which are safely transported today, such as specification ethane. The completed feasibility study demonstrates that ACG is achievable while maintaining high standards of safety and reliability. The companies have been working with regulators to advance the Project.

• Customer-Focused Solution: With multiple inlets and outlets, customers will have flexibility to decide delivered CO2 end-uses including industrial processes and sequestration.