It’s easy to lose faith in reporting when you read a story like this:

The story is about Snowflake moving out of California. This article fails to highlight that maybe tax is the leading cause. Here is actual data comparing California’s tax rates to Montana’s: 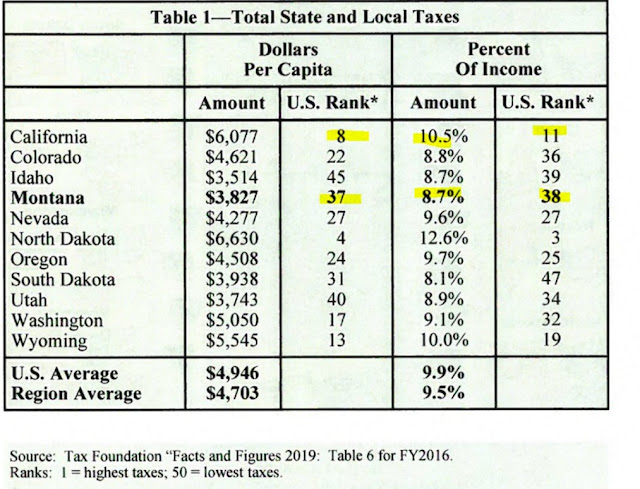 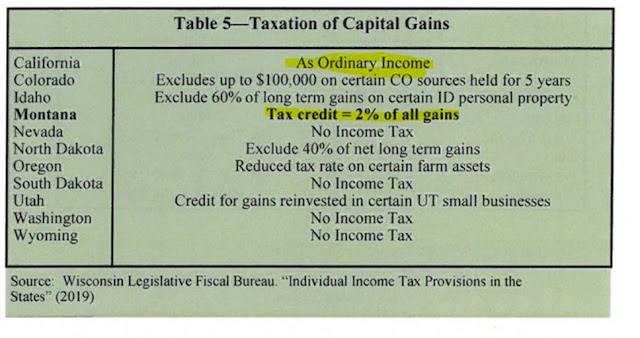 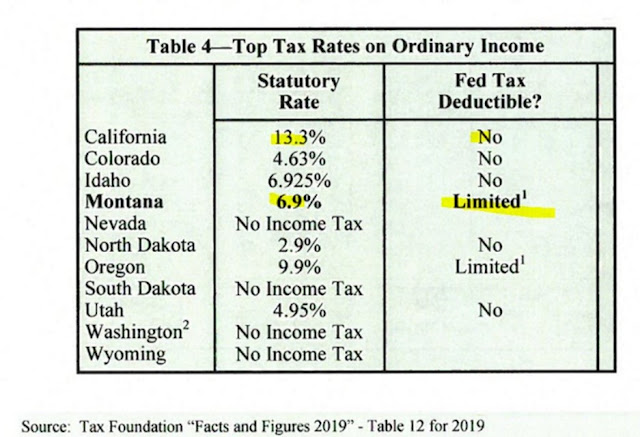 Thank you Canada for your discounted Oil – Sincerely, USA 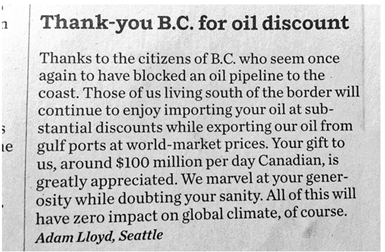 Farmers should not underestimate the drought of 2021, says a North Dakota climatologist.

Data from NASA shows that millions of acres of farmland, in northern North Dakota and across the border into Manitoba and Saskatchewan, have extremely low soil moisture this spring. As of the middle of May, NASA rates the soil moisture in the region at the one to two percentile — for soil that is zero to 100 centimeters deep.

The U.S. Climate Prediction Centre is forecasting a warmer than usual June, July and August for the northern plains. That means any rain that does fall, is more likely to evaporate. 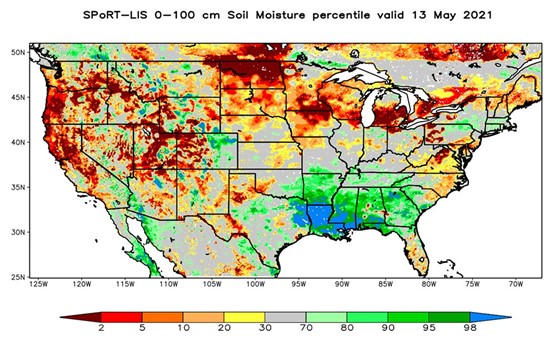 Fiscal stimulus is a larger % of GDP than monetary stimulus when compared to the 2008 Great Financial Crisis. 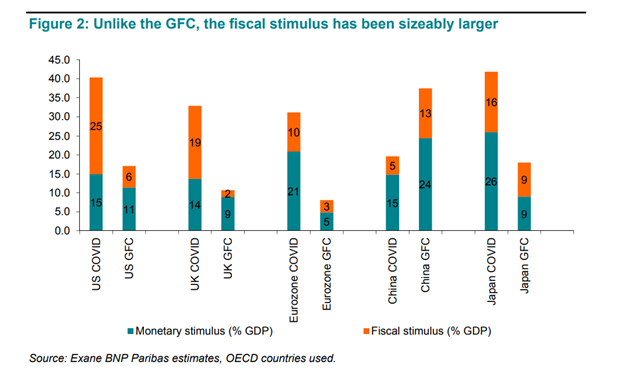 It was found that companies that received ESG rating upgrades outperformed an equal-weighted MSCI ACWI Index during the next 12 months by 0.93%, while stocks that were downgraded lagged (Exhibit 5). Interestingly, the outperformance isn't driven by great companies getting a little better. Instead, companies that were previously poorly ranked (with a CCC rating) but subsequently received a two-notch upgrade generated the strongest outperformance (Exhibit 6). 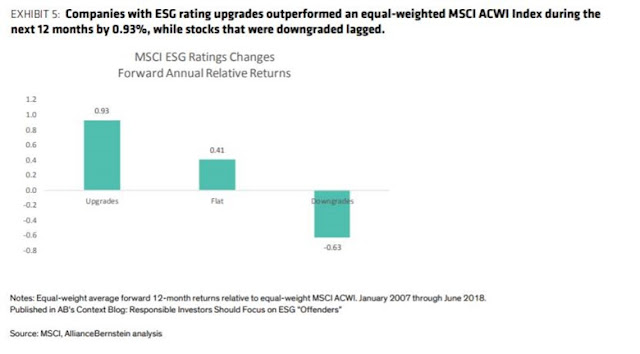 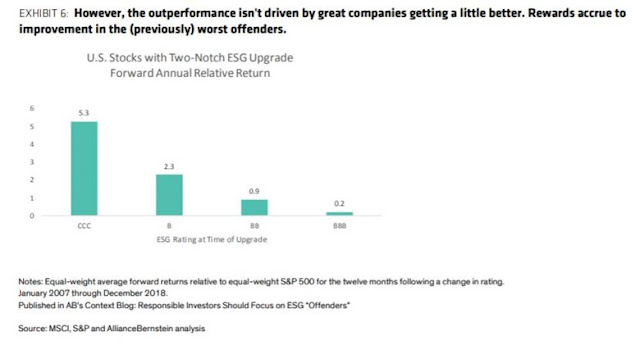 In the US, the most amount of outperformance (+4.3%) is from companies that had the lowest ESG scores a year ago but have improved their scores the most over the past year. 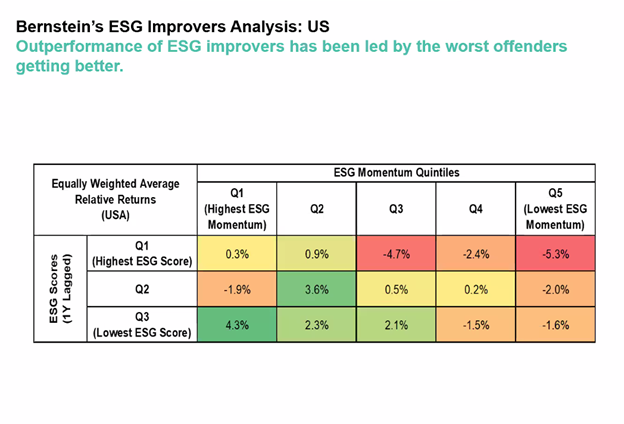 In Europe, there is also outperformance by the worst offenders that are getting better, although the correlation is less strong than in the US, likely due to more stringent constraints and regulations that make it more difficult for European investors to own the worst offenders. 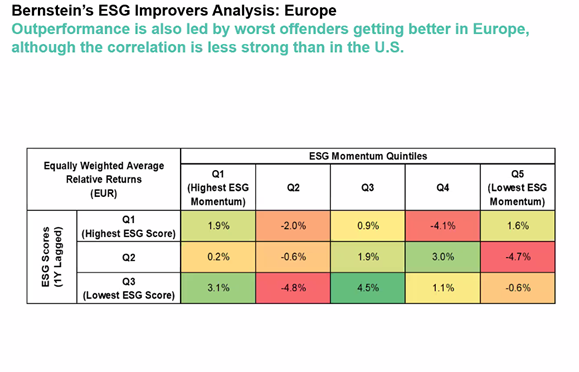 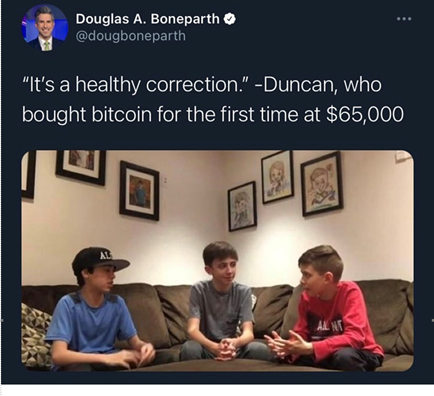 Posted by EdgePoint at 5:21 PM