Your interest rate exposure is higher than you think 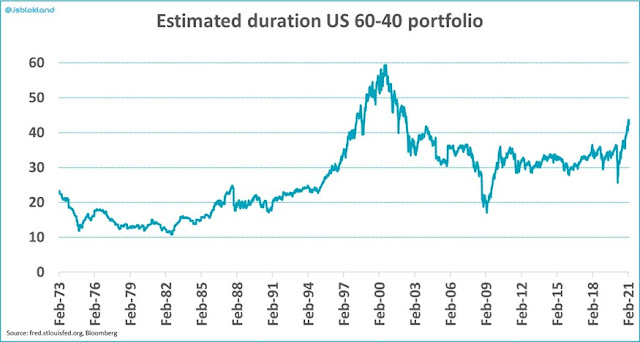 Treasuries bull market that began in 1981 has finally ended

“Bull market” and “bear market” are colloquialisms, not an official thing, and they’re more associated with stocks. But the rule for investors and journalists who use the terms is usually this: A bull market ends when something falls 20% from peak to trough, and the resulting bear market is over when it rebounds 20%. The Bloomberg Barclays US Long treasury Total Return index had roared by 4,562% between September 1981 and March 2020 without ever seeing one of those 20% losses. That streak finally ended this month. 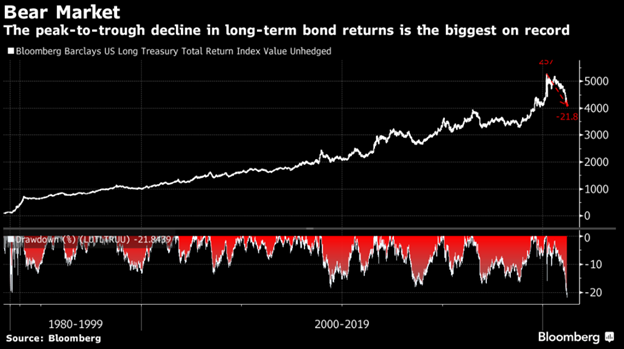 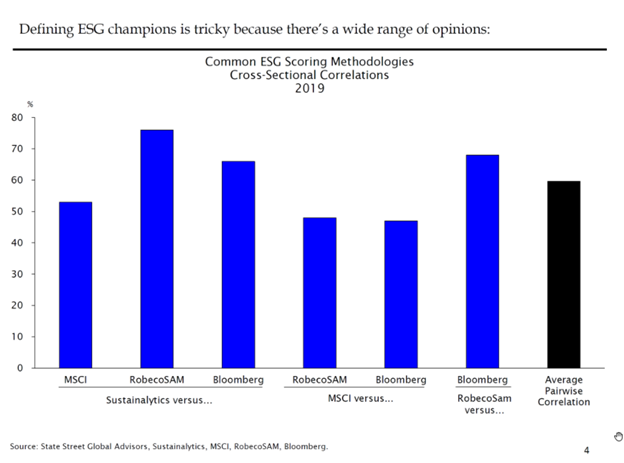 Correlation of most widely held “ESG stocks” with growth is near all time high and differential has never been wider. 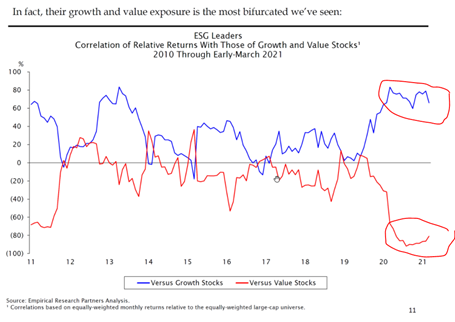 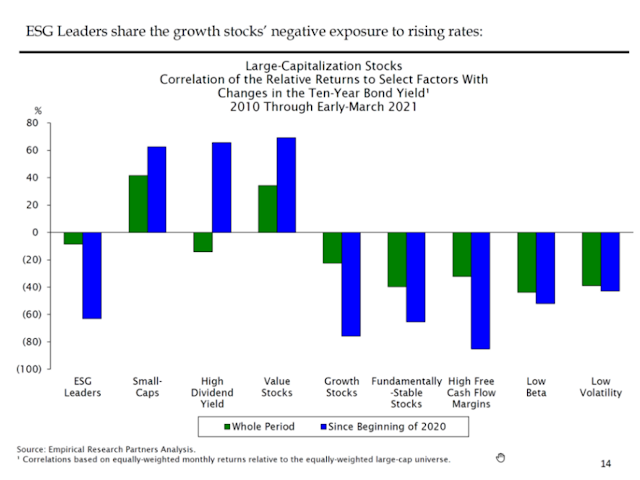 Update on QE from the Bank of Canada

Canada’s central bank has been buying a minimum of C$4 billion in government bonds each week to keep market interest rates low to support the economy, accumulating more than C$250 billion of the securities over the past year. Since March 2020 the Bank of Canada’s bond purchases represent over 35% of the total amount of Government of Canada bonds outstanding, a rate of purchases higher than Sweden, the UK, US and Euro area Central banks. The Bank of Canada currently holds over 40% of all Government of Canada bonds outstanding!

Central Banks around the world are in unprecedented territory, in terms of the amount of their governments’ bonds that they own. BoC Governor Tiff Macklem has said that when holdings rise above 50%, “market functioning could get distorted”. It will be interesting to see what the impacts on bond yields and markets will be when these Central Bankers begin to slow the pace of stimulus bond buying. 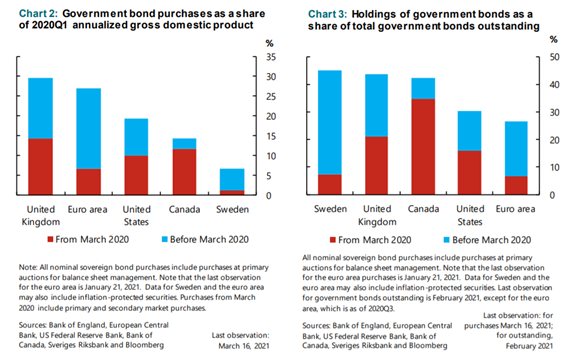 12% of global trade waiting on one lonely shovel

In case you’ve not already heard, a ship captain plowed his boat into the wall of the Suez Canal. They’ve been trying to dig it out for a few days now. 12% of all global exports pass through that canal, and it’s creating a bit of a log jam. 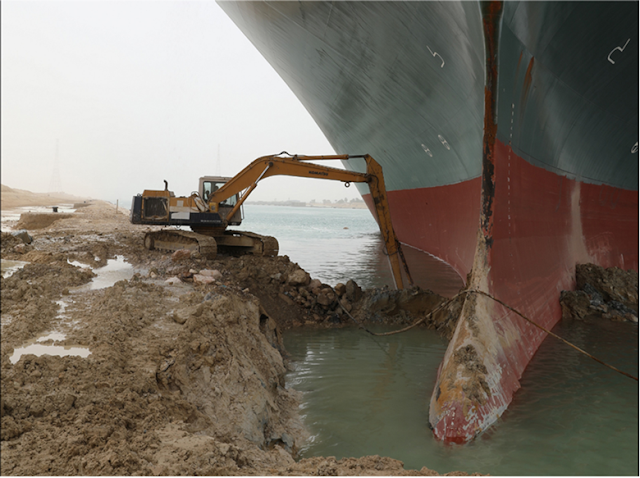 Posted by EdgePoint at 4:35 PM