Stock trading volumes in Hong Kong have soared to four times those on the London Stock Exchange (LSE), as large technology stocks attracted a soaring appetite from foreign investors. 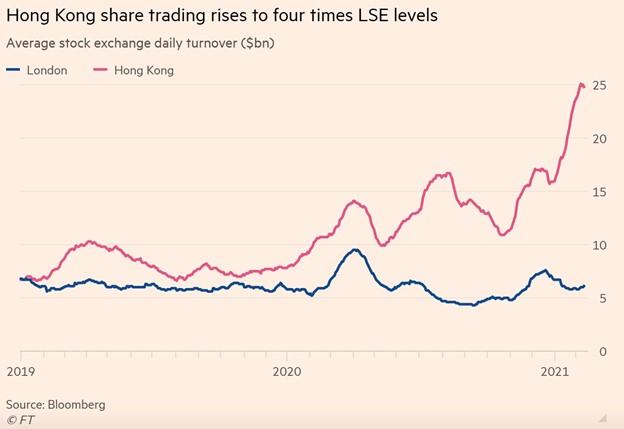 % of IPO that are unprofitable 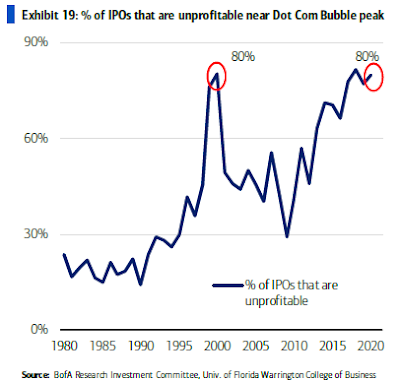 The initiative—a joint venture of Neom, U.S. chemical company Air Products & Chemicals Inc., and Saudi Arabia’s ACWA Power—will invest $5 billion to build what will be the world’s largest green hydrogen production facility. Another $2 billion will be invested in distribution infrastructure in consumer markets around the world, primarily to fuel industrial vehicles and public buses.

Plans call for the sprawling facility, which isn’t yet under construction, to produce 650 tons of green hydrogen a day starting in 2025. The facility’s output will dwarf that of a green hydrogen plant in Québec that produces about nine tons a day, making it the largest such facility in the world. The Neom project exemplifies the Kingdom’s ambitious plan to diversify away from oil and natural gas and showcase Neom as a global hub for technology and green energy.

How People Learn to Become Resilient

Frame adversity as a challenge, and you become more flexible and able to deal with it, move on, learn from it, and grow. Focus on it, frame it as a threat, and a potentially traumatic event becomes an enduring problem; you become more inflexible, and more likely to be negatively affected.

Posted by EdgePoint at 5:09 PM