M2 vs. velocity vs. inflation

All three charts below cover 60 years worth of data. Notice how M2 growth is running at 2X where it was at the peak of the 1970’s.

Notice the cliff of velocity in the second chart.

Velocity is a measure of the number of times that the average unit of currency is used to purchase goods and services during a given time. 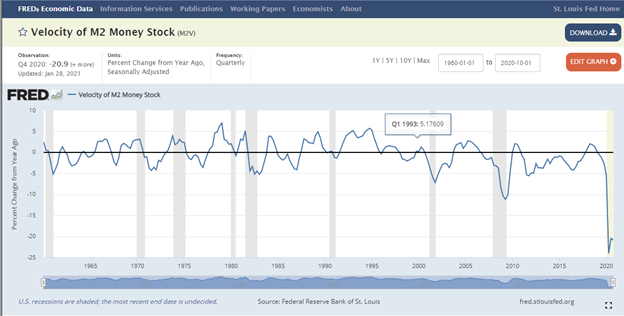 Makes you wonder what will happen to the third chart when velocity returns to normal.

Fed doesn’t seem to think there will be any impact

The velocity of money hasn’t been this low since 1946. However, Fed Chairman Powell said, “when we studied economics a million years ago, M2 and monetary aggregates generally seemed to have a relationship to economic growth. Right now, I would say the growth in M2, which is quite substantial, doesn’t really have important implications for the economic outlook. M2 was removed some years ago from a standard list of leading indicators. That classic relationship between monetary aggregates and economic growth and the size of the economy no longer holds. We’ve had big growth of monetary aggregates at various times without inflation, so [this relationship is] something we’re going to have to unlearn.” 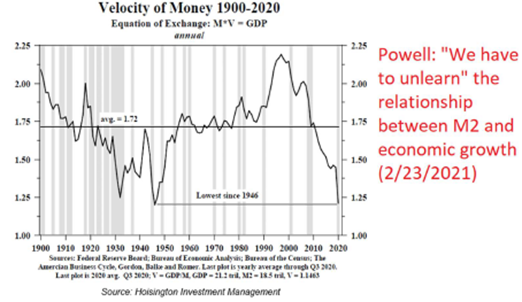 Have we seen these misguided forecasts before? 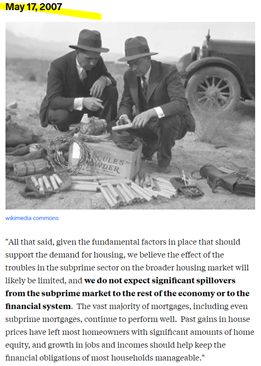 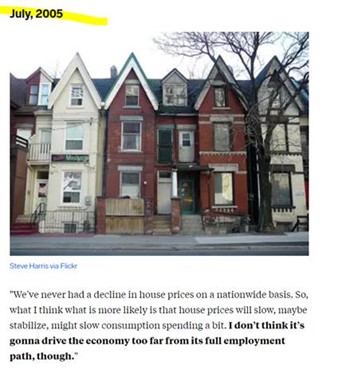 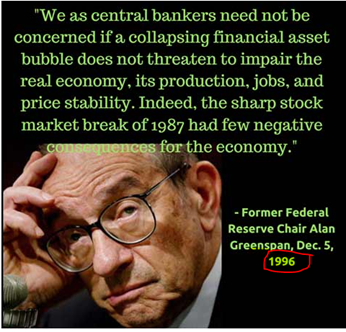 Subject: Bitcoin was brought up during the investment team meeting

Some of the risk factors:

• the reduction in mining rewards of Bitcoin, including block reward halving events, which are events that occur after a specific period of time which reduces the block reward earned by miners;
• the development and launch timeline of Ethereum 2.0, including the potential migration of Ethereum to a proof-of-stake model;
• disruptions, hacks, splits in the underlying network also known as “forks”, attacks by malicious actors who control a significant portion of the networks’ hash rate such as double spend or 51% attacks, or other similar incidents affecting the Bitcoin or Ethereum blockchain networks;
• hard “forks” resulting in the creation of and divergence into multiple separate networks, such as Bitcoin Cash and Ethereum Classic;
• informal governance led by Bitcoin and Ethereum’s core developers that lead to revisions to the underlying source code or inactions that prevent network scaling, and which evolve over time largely based on self-determined participation, which may result in new changes or updates that affect their speed, security, usability, or value;
• the ability for Bitcoin and Ethereum blockchain networks to resolve significant scaling challenges and increase the volume and speed of transactions;
• the ability to attract and retain developers and customers to use Bitcoin and Ethereum for payment, store of value, unit of accounting, and other intended uses;
• transaction congestion and fees associated with processing transactions on the Bitcoin and Ethereum networks;
• the identification of Satoshi Nakamoto, the pseudonymous person or persons who developed Bitcoin, or the transfer of Satoshi’s Bitcoins;
• negative perception of Bitcoin or Ethereum;
• development in mathematics, technology, including in digital computing, algebraic geometry, and quantum computing that could result in the cryptography being used by Bitcoin and Ethereum becoming insecure or ineffective; and
• laws and regulations affecting the Bitcoin and Ethereum networks or access to these networks, including a determination that either Bitcoin or Ethereum constitutes a security or other regulated financial instrument under the laws of any jurisdiction. 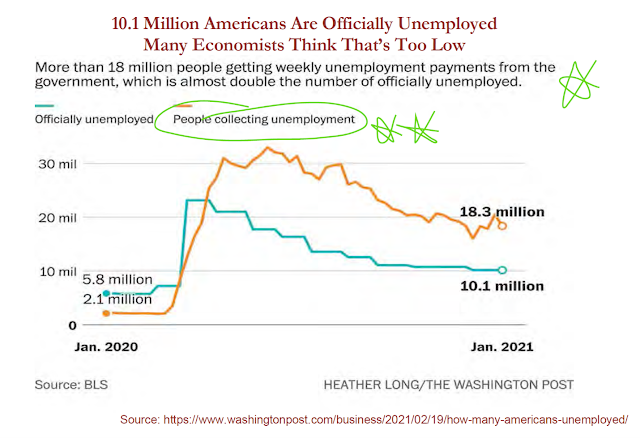 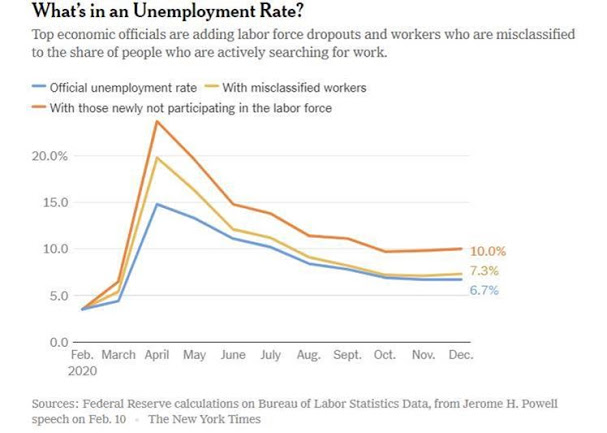 Posted by EdgePoint at 6:02 PM