Israeli experts are confident the vaccines rather than lockdown measures brought the numbers down, based on studying different cities, age groups and pre-vaccine lockdowns. 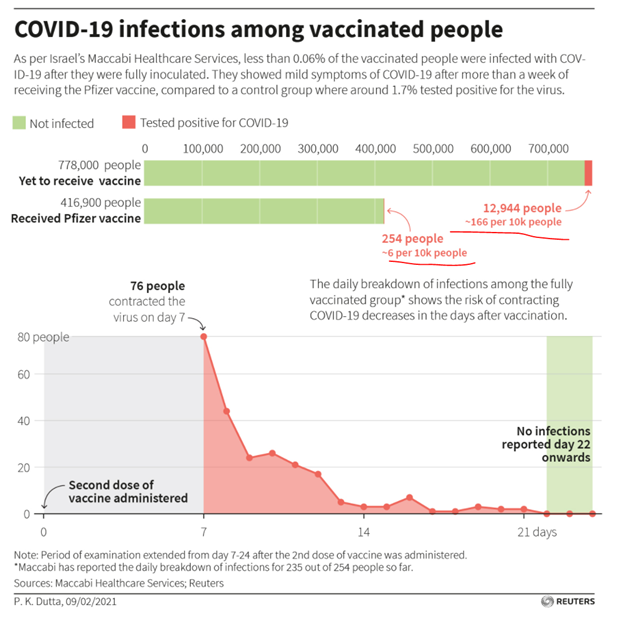 Over the last 12 months investors have flocked to buy shares of newly listed tech companies, believing in the potential of upstarts to transform their sectors. That excitement has given newer firms valuations several times higher than established companies in the same industries—even when those older companies have far more revenue and profits.

Airbnb for example was the largest tech IPO in 2020, with a valuation of about $47 billion at the time it went public in December. 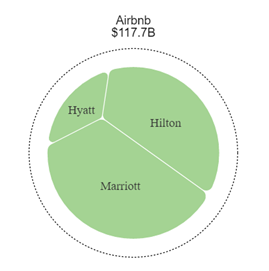 Examining the recent market and risks

The recent boom and bust in a number of stocks illustrates how capital markets over the short-term can be driven by flows and investor positioning, rather than by the underlying fundamentals of businesses. Some argue that the primary causes of this market dysfunction are the prevalence of passive investing and leverage.

The effort to squeeze short-sellers took GameStop’s share price well beyond any rational fundamental valuation. It soared by 23 times within 11 trading days as those who had bet the price would fall were forced to buy shares to cover their obligations.

One factor that made the GameStop squeeze so profound was passive ownership. About one quarter of the available shares were owned by passive investors. These funds run on autopilot. As new money comes in, it is allocated to keep a constant balance among a specific combination of individual stocks or other assets. As GameStop’s price rose to ridiculous heights, those passive funds were almost certainly buying to maintain their balance.

Passive funds have a much greater impact on prices because active investors can be patient in deploying their capital and are sensitive to the prices they pay. Passive funds have little discretion whether and at what price to buy — they must buy if they have inflows. Perversely, passive funds’ demand for a stock generally grows as the price increases because the weighting of the stock in the indices they track increases. So long as such funds have inflows, they do not sell.

Here's a Silly Game That Should Make Stocks Go Up

People have long been conditioned to see whether companies have “beaten” their expectations. And as Savita Subramanian of BofA Securities Inc. demonstrates here, the percentage of S&P 500 companies beating estimates for both sales and profits is very nearly at the record set in the third quarter of last year. 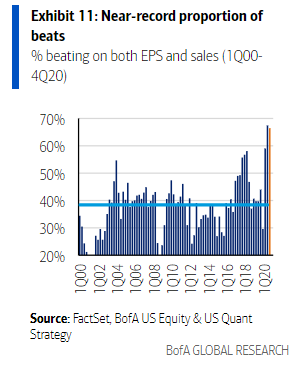 Specifically on sales, the number most directly tied to the performance of the economy, more companies than ever before are outstripping forecasts. 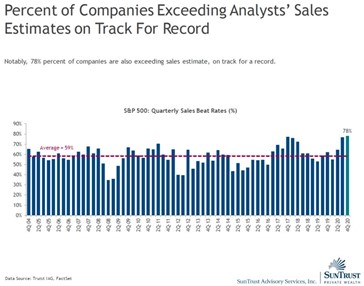 We should know by now that the earnings forecast game is a little silly. Particularly in the U.S., CFOs have grown adept at talking down expectations ahead of results, and then reaping the positive performance bump when they “beat” a lower bar.

Morgan Housel examines why GameStop went up 100-fold in the last year and why Sears never recovered. They have to do with the same force in opposite directions. It’s a force that can explain a lot of baffling trends lately, and it’s so easy to underestimate and overlook.

Stuck at home with just some cash and free trades 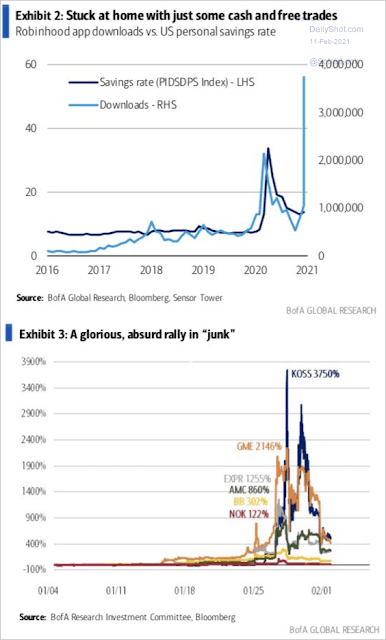 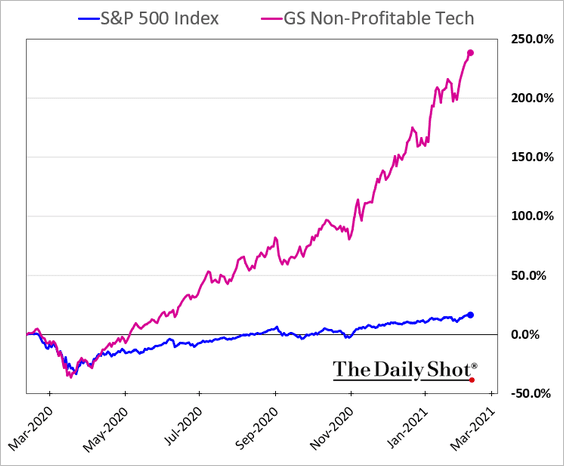 Tom Brady wins another one 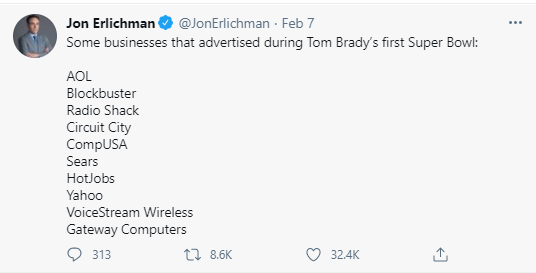 Posted by EdgePoint at 4:32 PM