The number of retail investors has been growing since commissions were broadly cut to zero in late 2019.

Demand is coming through in multiple ways but it’s arguably in the options market where retail traders are having the most impact.

Option volumes have exploded, and at the same time retail is growing as a share of the overall market. Retail was already a big player in the options market, accounting for 40% to 45% of contract volume pre-COVID, but that figure rose during 2020 to over 55% of the market by the third quarter.

The herd has arrived

Much of this volume has been driven by investors congregating on sites like Reddit’s WallStreetBets forums. On January 26th, GameStop was the most traded stock in the U.S in terms of trading value. More GameStop shares traded by value than even Apple. Frenzied investors pushed GameStop’s market cap to an eye-popping $25 billion from a little over $1 billion at the start of the month.

Having the ticker symbol “GME” was helpful even if you are in Australia. A relatively small Australian mining company called GME Resources, which has the same ticker symbol as GameStop (but in Australia), was mistakenly rewarded by the retail crowd with a 20% up day.

Trading volume in the most expensive stocks has skyrocketed

With more stimulus coming, personal savings are expected to exceed the levels we saw after the CARES package payouts

Posted by EdgePoint at 3:10 PM

Tye recently did a 30 minute investor-friendly interview which is now available in an easily downloadable podcast. Tye discusses:

1. Why short-term underperformance is required for longer-term outperformance

3. Why we won’t invest with the herd

4. Our ongoing commitment to getting your clients to their Point B

or listen on Apple or Spotify

Seth Klarman, the founder of hedge fund Baupost Group, has told clients central bank policies and government stimulus have convinced investors that risk “has simply vanished”, leaving the market unable to fulfil its role as a price discovery mechanism.

Mr. Klarman also said the Fed’s policies had exacerbated economic inequality, referring to a “K” shaped recovery that has seen “the fortunes of those already at the top bounding swiftly upward, while those at the bottom remain on a downslope without end”.

“With so much stimulus being deployed, trying to figure out if the economy is in recession is like trying to assess if you had a fever after you just took a large dose of aspirin,”

“But as with frogs in water that is slowly being heated to a boil, investors are being conditioned not to recognise the danger.”

Using Tesla as an example, Mr Klarman said shares in the “barely profitable” electric carmaker had soared “seemingly beyond all reason”, briefly making the company’s founder Elon Musk the richest person in the world. Low interest rates have made projected cash flows more valuable, he said, a point many investors have unwisely used to justify valuations on companies that sit far above historic norm.

Often called thematic ETFs, these funds cut across industries, trying to capitalize on ideas like alternative energy, cloud computing or 3-D printing. Others buy stocks that could benefit as more people work from home, demand gender or racial diversity, or lavish money on their pets. Assets in these funds have grown at an average of 45% annually over the past three years.

In the fourth quarter of 2020 alone, thematic ETF assets shot up 78% to $104 billion. Quirky rules of portfolio construction can also crop up. At the U.S. Vegan Climate ETF, the size of any single stock position is limited to 4.5%. Yet Tesla Inc., the fund’s largest holding, has mushroomed to 7.9% of total assets.

Investors pursuing themes that seem obvious should remember that if a theme appeals intuitively to you, chances are it appeals to millions of other investors too, making a fund’s underlying holdings more expensive.

These funds tend to launch months after a theme has gotten hot—amid a crescendo of media hype and stocks earning eye-popping returns. In other words, investors have a natural tendency to buy at exactly the wrong time, and these funds can make that even worse.

“Well, I’ve got a tip for you. If you think you’ve spotted a theme that other investors haven’t fully appreciated yet, ask yourself how come there’s already a thematic fund for it.” 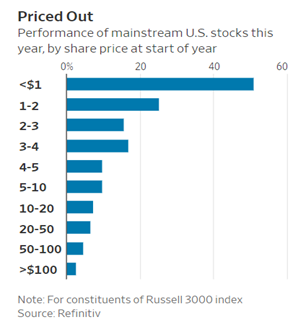 This year, stocks priced below $1 have performed the best, followed by those between $1 and $2, and so on. It looks remarkably like investors are treating a low-price share as an indicator that the stock is a bargain, and a higher price as a sign that it is worse value for money.

The share price on its own carries virtually no useful information: It depends entirely on how many shares the company has issued.

The pattern of lower-priced stocks doing better is perhaps brought on by the rising popularity of trading by individual investors, who are more likely to be new to the stock market and regard a low-price share as cheap, even though it should be irrelevant to a company’s prospects. 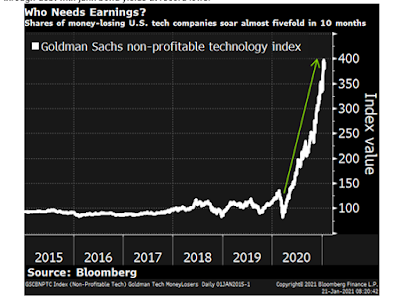 Global stimulus in response to COVID-19 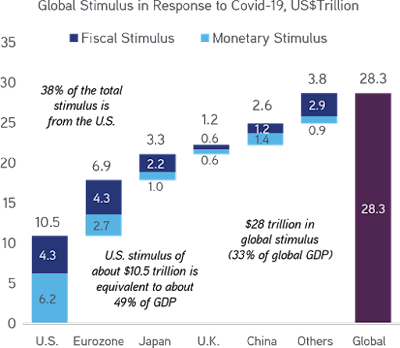 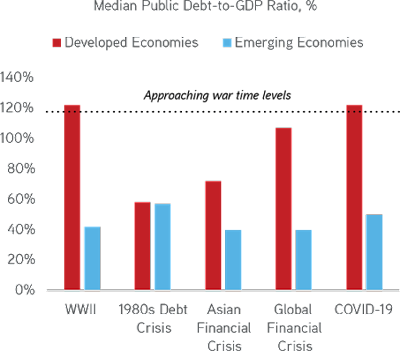 Chad and Jenny are the newest financial stars of TikTok. As Chad puts it: "I see a stock going up and I buy it. And I just watch it until it stops going up, and then I sell it. " "Up is good. down is bad. I just ride the upward trends and when they start going down jump off lol."

In a bull market, lots of stocks go up. You can probably find a few even if you have no clue what you're doing. As the old saying goes, even a blind squirrel can find an acorn once in a while.

In the late 1920s, trading stocks, often with borrowed money and without doing any research, became a national obsession. The same mania struck in 1999 and early 2000.

Investing can be simple, but it isn't easy. It isn't a mindless joyride. It is a process, not a game; you win by persisting over the course of many years, not by racking up the most points in the least amount of time.

Being cooped up has led many investors to conclude that they can perceive which themes, or broad trends, are likely to dominate the market for years to come. That can make it harder to remember that other investors may have spotted the same themes even earlier, driving prices dangerously high.

You should keep your investing simple. But you should never let anybody fool you into thinking that investing is easy.

Posted by EdgePoint at 5:38 PM

Equity commentary: The granny shot (or why you shouldn’t always listen to the crowd)

This quarter, portfolio manager Andrew Pastor explores a deceptively simple (but effective) idea that’s difficult to do in practice – investing differently from everyone else.

This quarter, Derek Skomorowski talks about the risks of buying long-term government bonds in the current environment and why we focus on buying mispriced bonds of businesses that can withstand an economic shutdown no matter how long it lasts.

30+ year peak in duration of the bond market.

U.S. high-grade corporate bond investors have never been paid so little for taking so much risk

The “Sherman Ratio,” named after DoubleLine Capital Deputy Chief Investment Officer Jeffrey Sherman, shows the amount of yield investors earn for each unit of duration. It tumbled to as little as 0.1968 on Dec. 31 for the Bloomberg Barclays U.S. Corporate Bond Index, a record low in data going back more than three decades.

This is happening because the numerator (yield) has continued to tumble while the denominator (duration) increases. The average investment-grade corporate bond yield was a record-low 1.74% as of Dec. 31, compared with 2.84% a year earlier, while the modified duration on the index increased to 8.84 years at the end of 2020, just about a record high, from 7.96 years at the start.

The first week of 2021 demonstrated how potentially perilous this dynamic can be for credit investors. Investment-grade corporate bonds suffered their worst loss on a total return basis since August, and second-biggest decline since March, even though spreads narrowed and there’s no sign of broad stress in high-grade markets.

The blame for that weakness lies almost entirely with Treasuries. The benchmark 10-year yield increased by 20 basis points in the first five trading days of the new year, as investors expect a greater debt-funded stimulus with a Democratic sweep. It really doesn’t take much of a move higher in interest rates to wipe out the income return on the index or a fund tracking it. 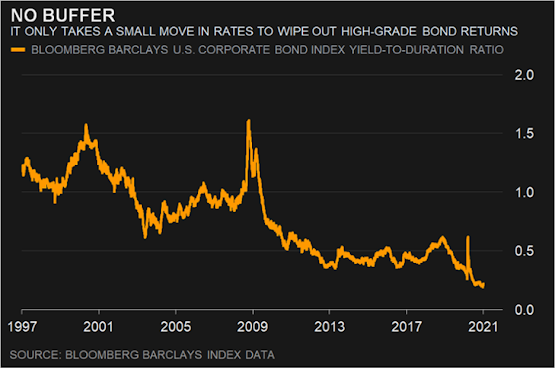 Some global comparison below: 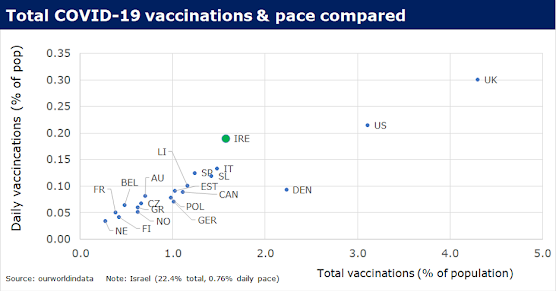 Interesting observation: Prince Edward Island has already administered 5102 vaccines or 3.2% of its population. They are running 283% better than the national average.

Last week, Elon Musk recommended folks use Signal, an encrypted-messaging platform which isn't a publicly traded company. Investors and fans of Elon misinterpreted this tweet and quickly bought shares of Signal Advance (unrelated company). Signal Advance shares surged over 6000% in 3 trading sessions, pushing its market value to $3.164 billion from a mundane $55 million. This week the stock is down 80% as it was made apparent that Musk was tweeting about a different Signal. 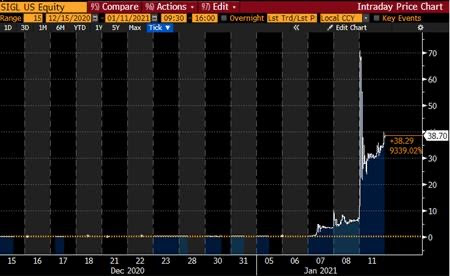 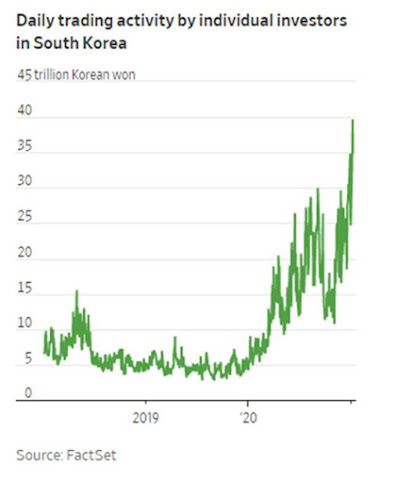 Posted by EdgePoint at 4:41 PM

Waiting for the last dance

“This time, more than in any previous bubble, investors are relying on accommodative monetary conditions and zero real rates extrapolated indefinitely. This has in theory a similar effect to assuming peak economic performance forever: it can be used to justify much lower yields on all assets and therefore correspondingly higher asset prices. But neither perfect economic conditions nor perfect financial conditions can last forever, and there’s the rub.”

Caltech's President Thomas Rosenbaum interviews 2020 Distinguished Alumnus Charlie Munger on his accomplished career as an investor, businessman and attorney in this 1 hour video.

A few things I’m pretty sure about by Morgan Housel

Risk is what you can’t see, think only happens to other people, aren’t paying attention to, are willfully ignoring, and isn’t in the news. A little surprise usually does more damage than something big that’s been in the news for months.

Daniel Kahneman says a key to investing is having a well-calibrated sense of your future regret, which might actually be the key to understanding all forms of risk. You know exactly how much risk to take if you know exactly when you will cry Uncle when things don’t work out.

When interest rates are zero stories about what the future could be are more important than what the present actually is. Interest rates tempt investors away from stories about future potential with promises of returns right now, this year. Once those returns fall to zero, stories about what could potentially happen years from now – even if it’s low probability – gain most of the market’s attention. And people are good at coming up with awesome stories. That’s part of why Tesla is worth two-thirds of a trillion dollars, and the market is at an all-time high with 10 million people unemployed.

An engineer can have a successful career knowing nothing other than engineering. Same for a chemist, meteorologist, or radiologist. Business and investing don’t work like that. They’re a little math, a little accounting, a little sociology, a little psychology, a few parts marketing, law, politics, game theory, history, statistics, biology, and public relations. That doesn’t make them harder than other fields; just more uncertain, prone to change, and with fewer experts.

What's wrong with wind and solar?

Are wind, solar, and batteries the magical solutions to all our energy needs? Or do they come with too high a price? Mark Mills, Senior Fellow at the Manhattan Institute, analyzes the true cost, both economic and environmental, of wind and solar energy. 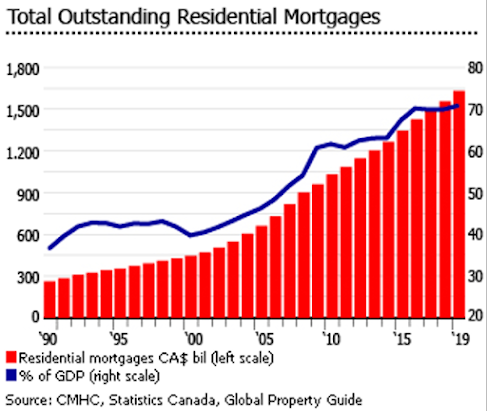 In 2020, equity returns were mostly a result of multiple expansion as company earnings on average declined. 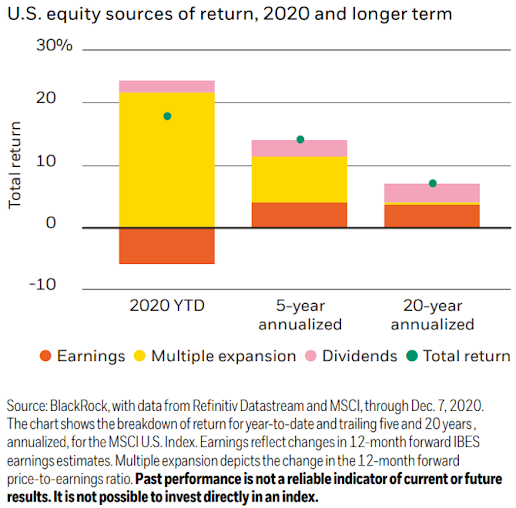 It pays not to try to time the markets 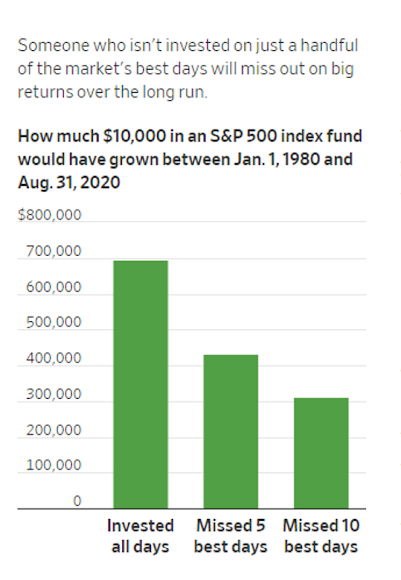 Some humour to start the year 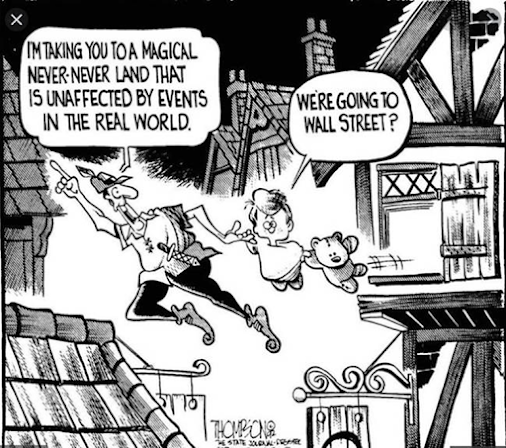 Posted by EdgePoint at 6:52 PM