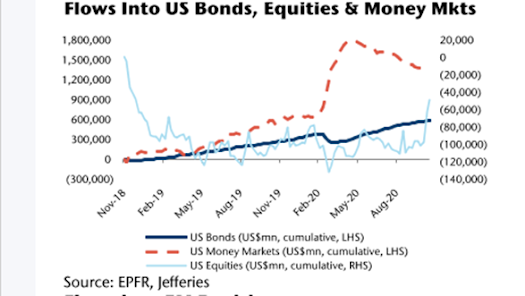 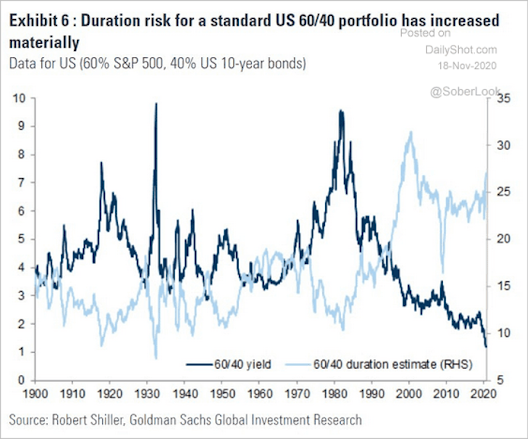 Global negative-yielding debt climbed to a record $17.1 trillion, as pandemic-spurred economic damage and monetary stimulus continued to grip bond investors even as news of progress on a vaccine lifted equity markets. 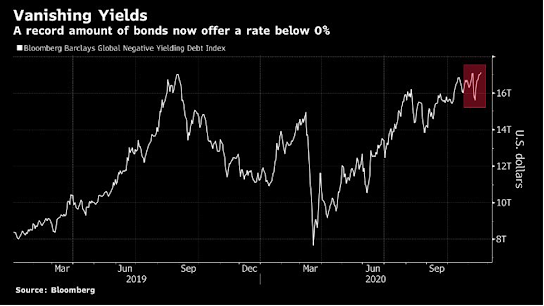 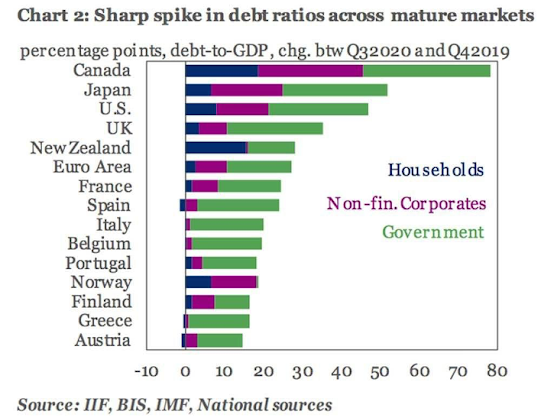 The % of MSCI World stocks beating the index YoY is up to 39%. 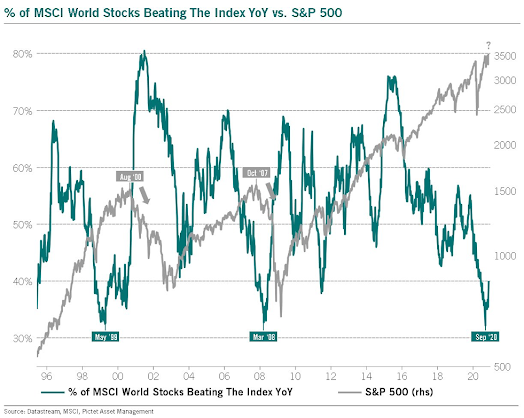 US equities are at their highest levels on record on a price to sales basis. 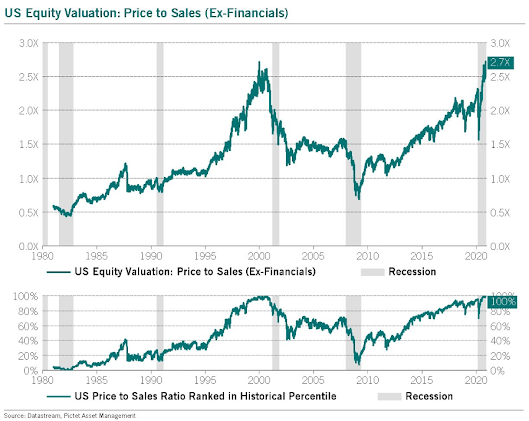 Value investing, defined as buying or selling securities at prices different than their true value, is alive and well. You might not know that by reading headlines in the financial press or witnessing the poor returns of stocks with low multiples of price to earnings or book value per share.

One reason for the change in how people view value investing may come from Eugene Fama and Kenneth French, professors of finance. They published a much-cited paper which showed that adding measures of size and value to beta righted the relationship between risk and reward. Value investing suddenly became synonymous with buying stocks with low multiples and avoiding or shorting those with high multiples.

Fundamental value investors should focus on gaps between price and value for individual securities. The present value of future cash flows, not misleading multiples, are the source of value. As Charlie Munger, Warren Buffett’s partner at Berkshire Hathaway, has said: “All good investing is value investing.” The value factor may be floundering, but value investing remains as relevant and useful as ever.

The Big Lessons From History

Harry Houdini used to invite the strongest man in the audience on stage. Then he’d ask the man to punch him in the stomach as hard as he could. Houdini was an amateur boxer, and told crowds he could withstand any man’s punch with barely a flinch. The stunt matched what people loved about his famous escapes: the idea that his body could conquer physics. After a show in 1926 Houdini invited a group of students backstage to meet him. One, a guy named Gordon Whitehead, walked up and started punching Houdini in the stomach without warning.

Whitehead didn’t mean any harm. He thought he was just performing the same trick he saw Houdini pull off on stage. But Houdni wasn’t prepared to be punched like he would be on stage. He wasn’t flexing his solar plexus, steadying his stance, and holding his breath like he normally would before the trick.

The next day Houdini woke up doubled over in pain. His appendix was ruptured, almost certainly from Whitehead’s punches. And then Harry Houdini died. The riskiest stuff is always what you don’t see coming. Risk always works like that. In an interview years ago I asked Robert Shiller, who won the Nobel Prize for his work on bubbles, about the inevitability of the Great Depression. He answered: Well, nobody forecasted that. Zero. Nobody. Now there were, of course, some guys who were saying the stock market is overpriced. But if you look at what they said, did that mean a depression is coming? A decade-long depression? No one said that. I have asked economic historians to give me the name of someone who predicted the depression, and it comes up zero. An important lesson from history is that the risks we talk about in the news are rarely the most important risks in hindsight. We saw that over the last decade of economists and investors spending their lives discussing the biggest risk to the economy. This time it was the virus. Out of the blue, causing havoc we couldn’t comprehend.

Posted by EdgePoint at 2:58 PM