Do you enjoy not knowing what happens next? Other than suspense in movies, people usually prefer feeling like they're in control. But in investing, certainty and comfort are rarely any good. To achieve pleasing long-term returns, investors sometimes need to feel the discomfort of owning businesses that don't offer the short-term peace of mind that most of the market craves. Our latest video explains why successful investors embrace times of uncertainty.

After peaking at +4.5 standard deviations above the mean, the US large-cap valuation spread (the spread in valuations between the cheapest 20% of stocks vs the average stock) has reverted back down to +1.8. Historically speaking this is still a provocative starting point for value. 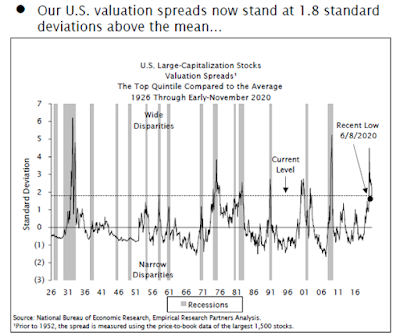 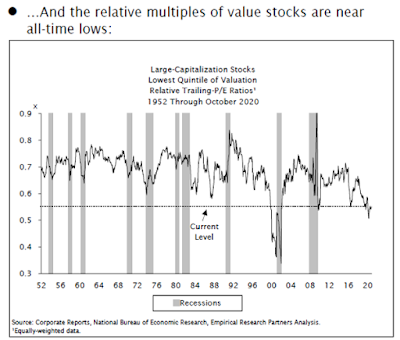 The relative trailing P/E of the Big Growers:

After peaking at 5x the P/E of the market, the Big Growers now trade at 3.6x. Historically this group has traded at a relative multiple of around 1.5 – 2.0x. 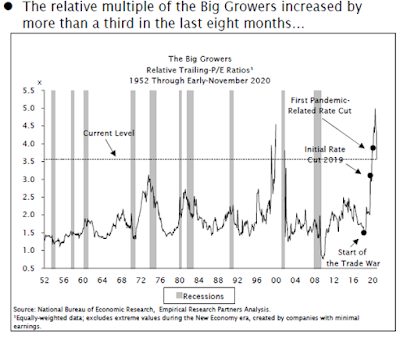 Source: Empirical Research Partners Analysis, National Bureau of Economic Research. Big Growers are a group of approximately 75 large-capitalization stocks classified by Empirical Research Partners, LLC to have faster and stronger growth credentials than the rest of the market. Trailing P/E ratios are equal-weighted and relative to the rest of the U.S. large-capitalization universe.

The tendency for value to lag markets for significant periods of time is not historically unusual, and happens whenever a market environment exists where expensive stocks get more expensive; cheap stocks get cheaper; or some combination of both (as we have seen this cycle). Over the past 50 years, it has happened three times in US markets - in the nifty-fifty bubble of the 1960s-early 1970s, in the 1990s dot.com bubble, and over the past decade. In other words, it has happened approximately once every 20 years or so. The only thing unusual about this cycle has been its length and magnitude, which has been somewhat worse than past cycles.

One of the core reasons that value investing works is that investors systematically overestimate their ability to predict the future.

A decade ago, investors believed Microsoft was being disrupted by mobile, Apple & iOS, Google Docs and Android. The stock traded for as little as 7x earnings at the time. Suffice to say investors' predictions of Microsoft's imminent demise (a value stock at the time, I might add - something today many people forget) were more than a tad exaggerated. The same can be said of Apple, which was losing money and widely believed to be heading for the bankruptcy courts in circa 2000 - again quite reasonably based on what was knowable at the time - and the stock accordingly traded for less than its net cash. We know how that ended.

A century of quantitative evidence from market history suggests investors tend to underprice stocks with the most apparently assuredly poor future prospects, and over price those believed to have the most assuredly promising prospects, and there is nothing in the past decade's market experience to suggest that has fundamentally changed.

What is the smart money saying? 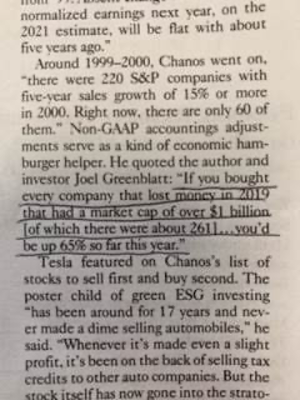 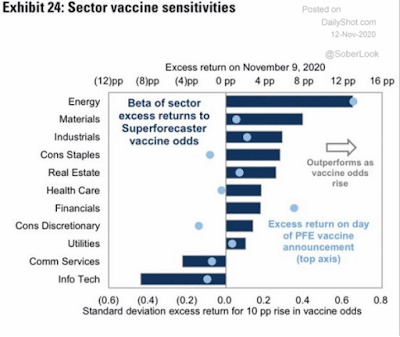 While meat inflation (which spiked earlier this year due to supply bottlenecks) is off the highs, prices are still well above last year’s levels. 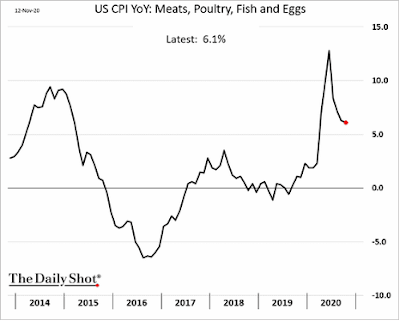 And here we have the CPI for cleaning products. 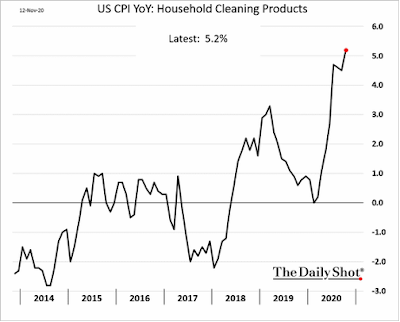 Fast-food restaurant prices are up sharply. 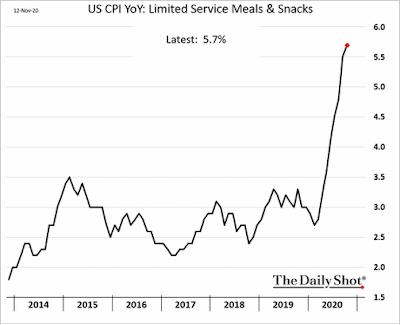 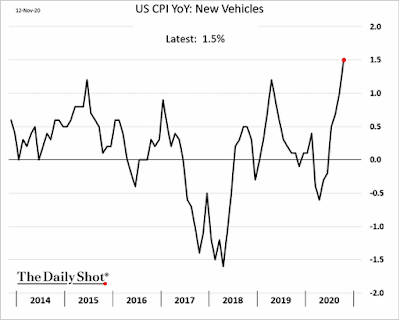 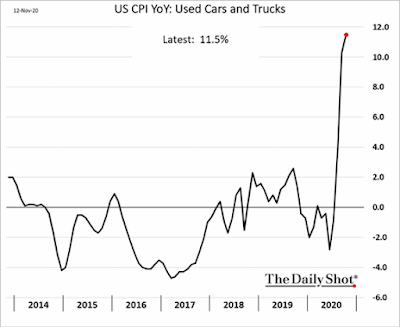 You can buy men’s suits at a much lower price than last year. 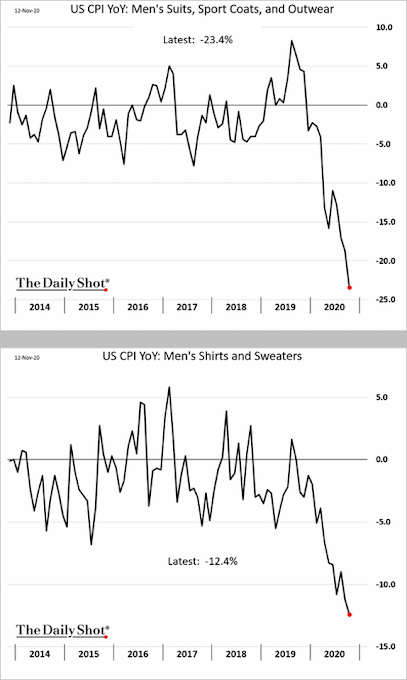 Posted by EdgePoint at 3:01 PM