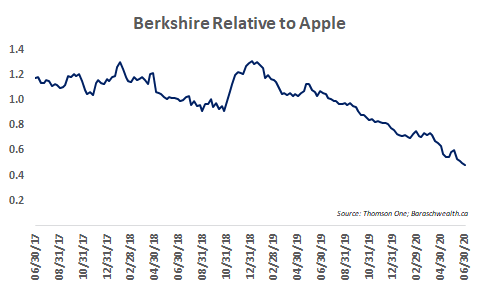 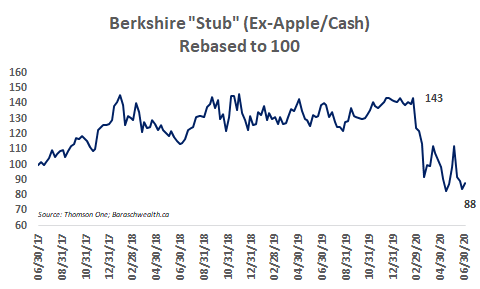 What does one get in the Buffett Stub? Essentially, it would be all the insurance assets, Burlington Norther Santa Fe (BNSF) and all the other investments public and private that Berkshire has made ex-Apple.
If we strip out AAPL, the cash and BNSF, the rest of Berkshire – mainly insurance and the remaining public and private investments essentially have a negative value. 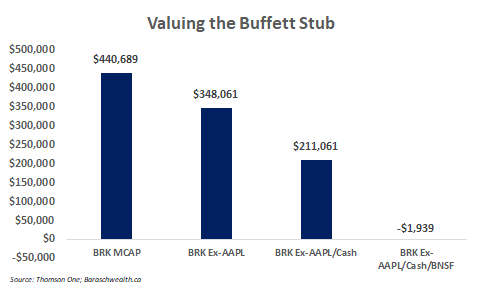 You are essentially getting much of the company for free.
*BRK is a holding in EdgePoint and Cymbria portfolios.
The precarious rise of subscription payments
Given the high number of consumers working from home, especially those with school age children, it should come as no surprise that one-in-three Americans signed up for a new subscription service in the first few weeks of the shelter-in-place lockdown in the U.S. 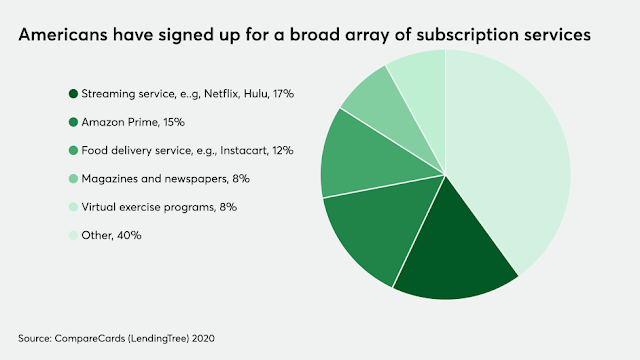 Nearly 60% of parents with children under the age of 18 signed up for a new subscription of some kind in the first few weeks of the national emergency.
Baby Boomers stood out as the least likely group to sign up for new services, with just 10% of those surveyed saying they had signed up recently. 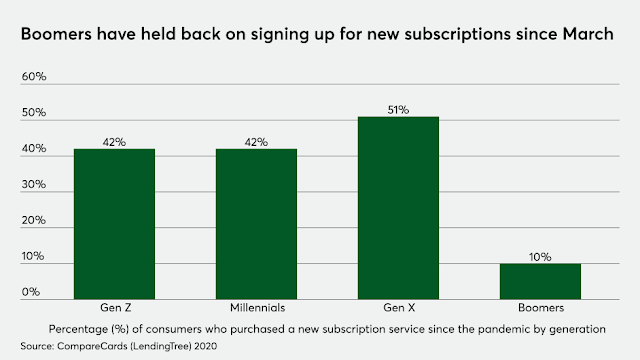 By May, a new trend was becoming evident in the subscription industry — subscriber fatigue. In Deloitte’s Digital Media Trends Survey, it was apparent that churn was becoming a major factor as companies were rapidly onboarding and offboarding customers at an alarming rate.
Almost a third of consumers had added a new streaming video service or added one while canceling another since mid-March. Further, when looking at cancellations since mid-March, 14% had either cancelled a service outright with no replacement or cancelled a service and picked up a competitor’s service instead. All-on-all, almost four-in-ten U.S. consumers had made a change to a video streaming service in the first two months of the pandemic. 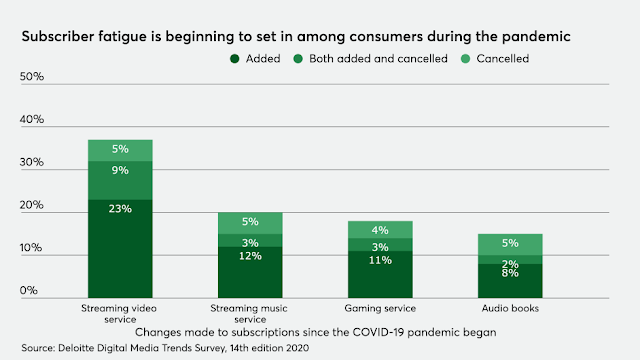 Charlie Munger in WSJ
Will Berkshire step up now to buy businesses on the same scale?
“Well, I would say basically we’re like the captain of a ship when the worst typhoon that’s ever happened comes,” Mr. Munger told me. “We just want to get through the typhoon, and we’d rather come out of it with a whole lot of liquidity. We’re not playing, ‘Oh goody, goody, everything’s going to hell, let’s plunge 100% of the reserves [into buying businesses].’”
On the airlines:
“They’ve never seen anything like it. Their playbook does not have this as a possibility.”
“Nobody in America’s ever seen anything else like this. This thing is different. Everybody talks as if they know what’s going to happen, and nobody knows what’s going to happen.”
Is another Great Depression possible?
“Of course we’re having a recession,”
“The only question is how big it’s going to be and how long it’s going to last."
“I don’t think we’ll have a long-lasting Great Depression. I think government will be so active that we won’t have one like that. But we may have a different kind of a mess. All this money-printing may start bothering us.”
Photo contest: Winner!
In this quarter’s EdgePoint photo contest, we chose the theme of “Home Life” to make sure our partners stayed safe while trying to find new ways to look at things they saw every day. The Committee had to look through some strong submissions, including family photos, restaurant-quality dishes and several artistic endeavours.
After some debate, this quarter’s winner is Québec’s very own Marc-Andre for his close-up of some latte art that showed us home truly is where the heart is. 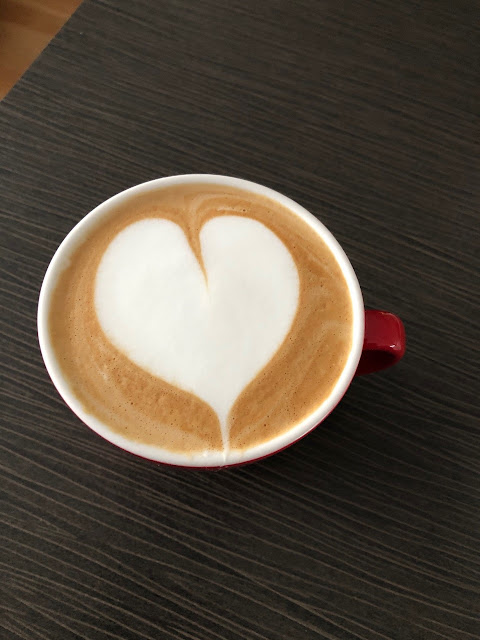