Americans have really been embracing the can since the start of the quarantine
And the 1 week Y/Y data is still strong indicating that this is not just a pantry loading phenomenon. 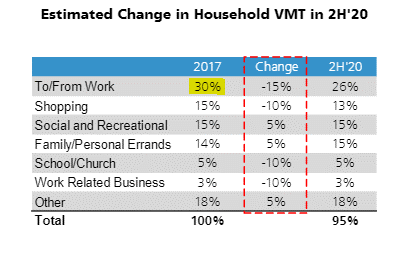 The pace of onshoring is picking up 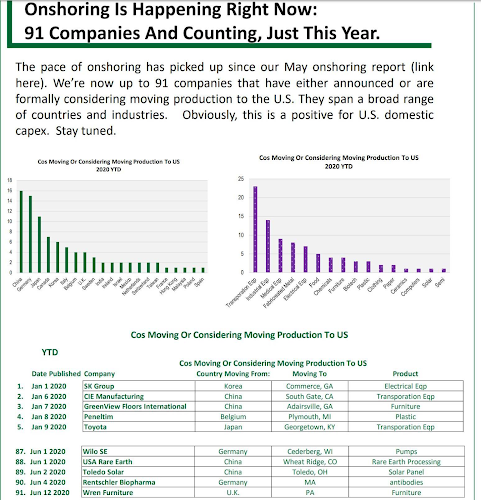 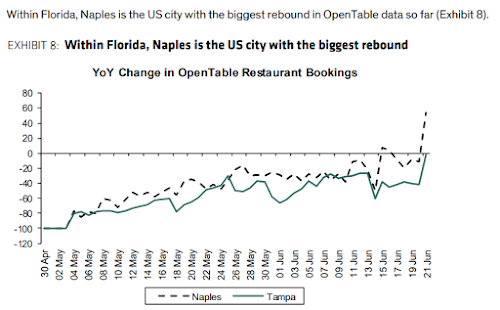 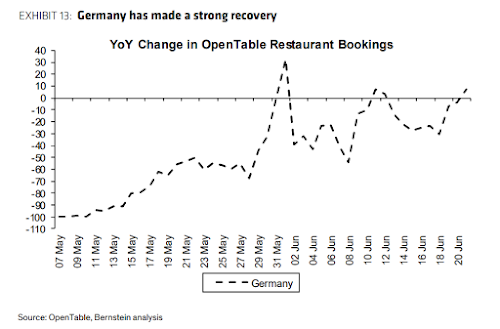 Tracktherecovery.org
A group of economists at Harvard have built a real-time, publicly available economic tracker. There are many good interactive charts here but below are a few interesting ones.
Consumer spending in the US is down 11.3% since January, but spending cuts by people in the top quartile account for more than half of the total aggregate decline in dollars. As of June 9th, spending by the top quartile was still down 16.8%, whereas spending by the bottom income quartile was only ~3% below where it was in January. 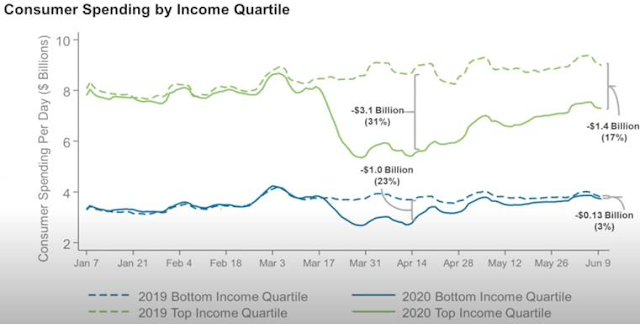 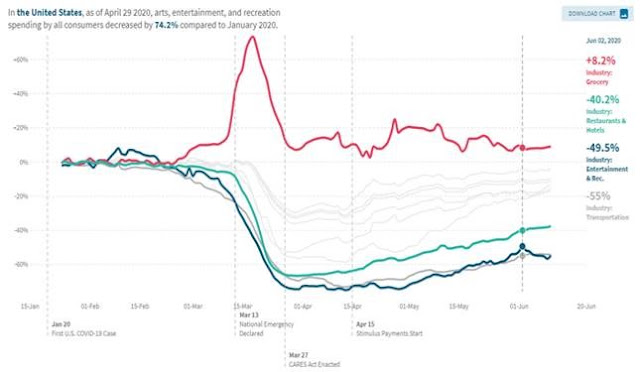 By industry, in-person services were obviously the hardest hit, but the idea of the ‘Roomba effect’ was interesting. In a normal recession, households typically respond by cutting purchases of durable goods like cars, washing machines etc, and the policy response tries to counteract that (cash-for-clunkers, VAT cuts). In this recession, it’s the opposite - people are substituting services for durable goods –buying a roomba instead of hiring a cleaning lady, which they think might have permanent implications for the economy because people are going for a capital solution instead of a labour solution.