When kicking off a new year it’s a good idea to remind yourself of some important investing lessons. As we enter a new decade, here are some of our favourites from this list.

- Be humble or the markets will eventually find a way to humble you. Having more confidence is a good thing in many areas of life. Markets are not one of them. More confident investors tend to trade more and take on undue risk, leading to worse performance.
- Being good at suffering is a superpower. When you think about the great investors in history, suffering probably isn’t the first word that comes to mind. But having a high threshold for pain is just about the most important trait you can have in this business.
- The longer your holding period, the higher your odds of success.
- The best strategy is the one you can stick with long enough to reap the benefits of compounding.
- Price targets are pointless. Forecasts are foolish. Cycles and trends exist. That does not mean they are easy to predict or navigate.
- Learn to control your emotions or your emotions will control you. Don’t be afraid to say “I don’t know.” Stay within your “circle of competence.” Thinking you know something and acting on that opinion can be far more harmful than admitting you just don’t know.

The rise in computing power and new regulations for full instant transparency have made it increasingly hard to gain an edge over the competition. In Charlie Ellis’s Winning the Loser’s Game, he lists another possible way to gain an edge. You try to remain steadier than the competition. You can never get too hot or too cold, even when those around you are acting irrationally. 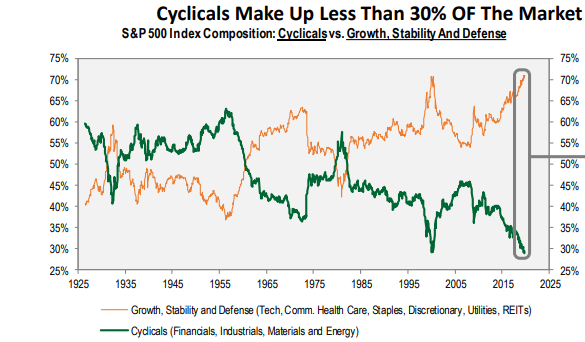 8 out of 11 sectors underperformed the S&P 500 over the last three years. 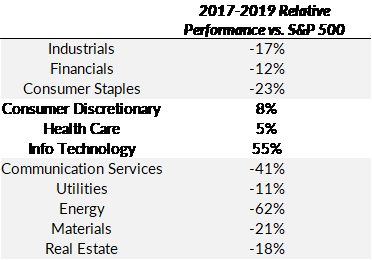 The number of billion-dollar IPOs surged this decade, but their performance lags.
This was the decade when companies behind some of the world’s most-used apps went public at record valuations. In 2019 alone, there were 13 U.S. unicorns valued at $1 billion or more. Far more than in any prior year. 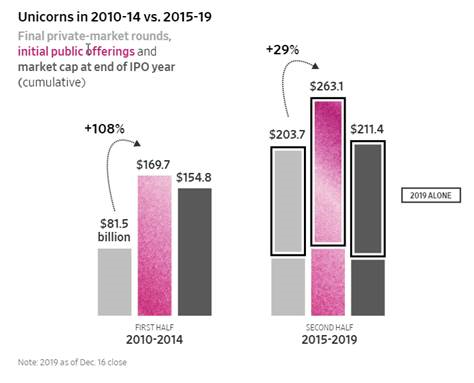 The last decade was tough for the average green stock.
Global clean energy shares underperformed the S&P 500 Index by 70% in the past, despite an estimated $2.4 trillion invested in projects involving the two fast-growing renewable power technologies – wind and solar.

The WilderHill New Energy Global Innovation Index, or NEX, which tracks the performance of more than 100 companies around the world specializing in renewables and related areas, such as energy efficiency and electric vehicles, was trading at 215.60 on Friday, December 20, 2019 – some 13% down compared to its level on the last day of 2009. Posted by EdgePoint at 2:37 PM