Next will be net store closures? Real estate implications 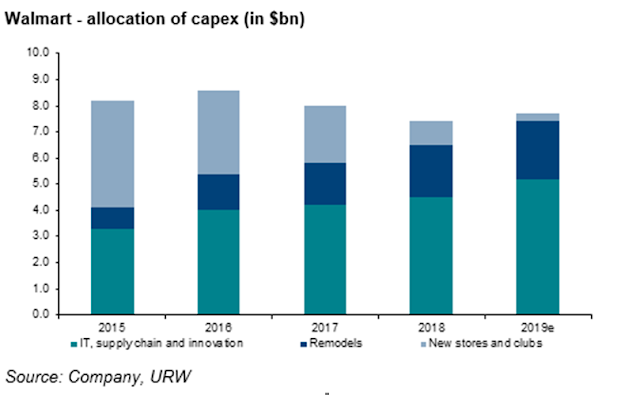 Most predictions turn out to be wrong.

In 1967, the Keuffel & Esser Co. commissioned a study of the future. Keuffel & Esser was a leading manufacturer of slide rules and was thought to be ahead of the curve in innovation. Their "visionary" study ended up being a huge dud, with most of their predictions being completely wrong. One thing they failed to predict was that within five years the company's own slide rule would be obsolete, falling victim to the electronic calculator. Keuffel & Esser would cease production only a few years later.

Steven Schnaars wrote a book “Megamistakes” that goes over the story of Keuffel & Esser and countless other examples of predictions that turned out to be very wrong. His message in the book was simple. Don’t be fooled by prevailing opinion, and don’t extend trend lines into the future. Instead, challenge your assumption and think for yourself. Work hard to distinguish fad from growth markets.

Today's low interest rates mean the risk is on and caution is old-fashioned. Companies selling at 20 times revenues instead of earnings (Beyond Meat is at 43 times its 2019 sales forecast, and Tableau Software recently sold for 16 times its 2018 revenue.) How long will this last? 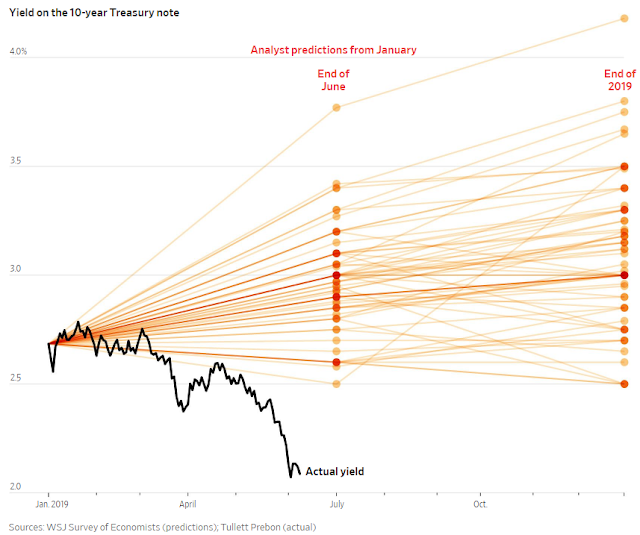 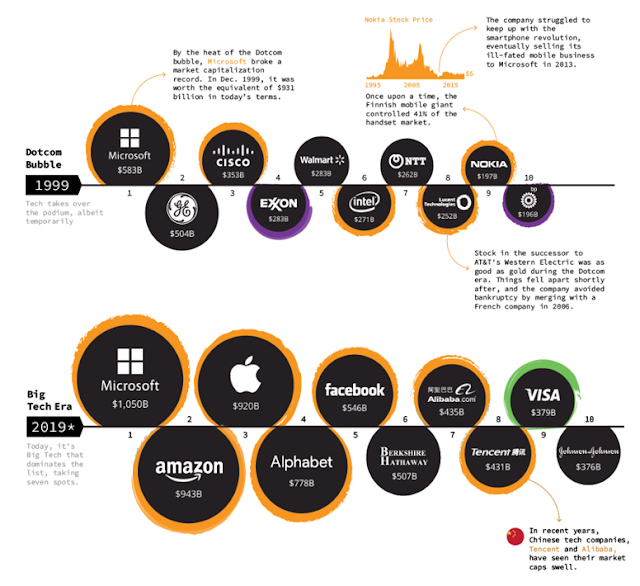 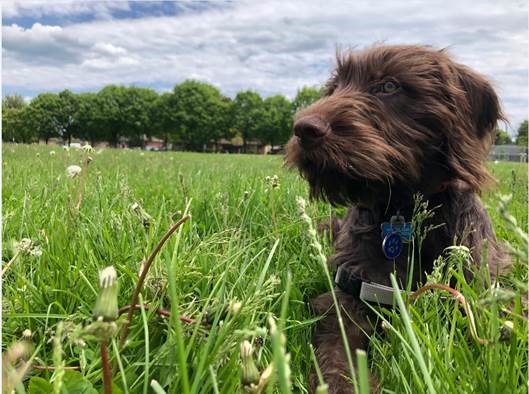 
Early stages...but the value in Japan will start to get recognized if this continues 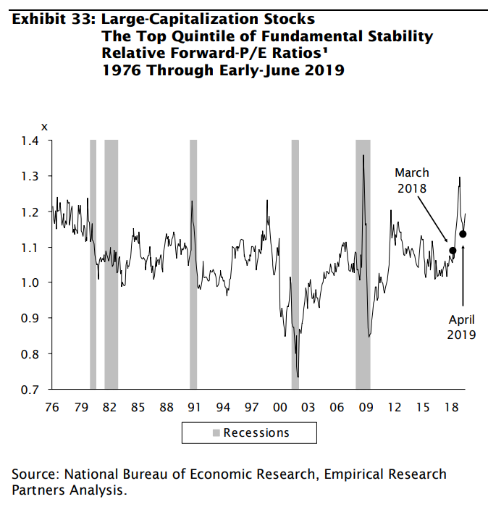 One guy who seems to be doing right by his clients is a former Arizona college basketball player Joe Mclean. Joe manages the wealth of professional athletes, including big names like Klay Thompson. McLean’s main goal is to help his athletes achieve long-term financial stability and avoid the financial pitfalls many athletes with a lot of money fall into.

To retain his services, each player must agree to put aside at least 60% of every dollar he earns, with the rate climbing to 80% if he’s fortunate enough to land a long-term deal. Or they’re gone. Mr. McLean has fired two clients for ignoring the policy. He hates it, because “in my mind, it means I’m giving up on them,” he said. “But they didn’t buy into it.”

None of us will ever have to worry about how to make our 9-figure contract last a lifetime, but there are a few lessons from Joe McLean’s story that apply more broadly to financial management. 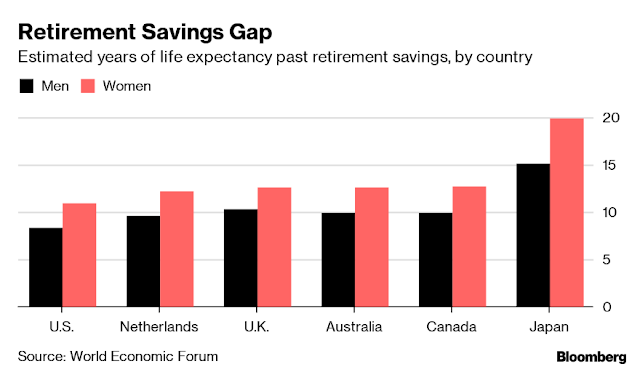 Japanese workers are good savers so why do they have the largest gap? First, they tend to live much longer than the rest of the world and second, they avoid return-seeking assets, so the amount they do save ultimately produces few gains over time. 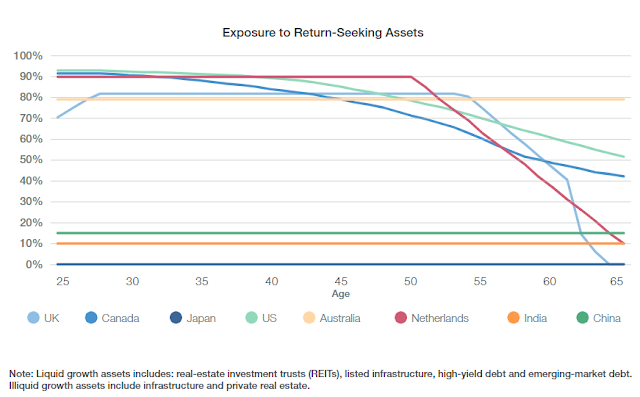 GE's new CEO, Larry Culp is attempting the largest "turnaround" in American history
For the first time in its 126-year history, an outsider will lead GE to attempt to clean up a mess that took decades to create. Larry Culp is a proven leader and mostly known for transforming Danaher Corp. from an industrial manufacturer into a science and technology firm. Culp took the helm at Danaher at the age of 37 in 2001 and quintupled the company’s revenue over the next 14 years.

He now faces a monumental task to restore GE to its former greatness. Since taking over in October 2018 he has avoided the company’s Boston headquarters and opted for frequent visits to GE units around the world. Gary Wiesner, who runs GE’s wind-turbine-blade factory in Florida, was shocked to get an email from the new CEO. Larry Culp wanted to stop in and walk the factory floors, something that hadn’t been done by a GE executive in over 18 years. 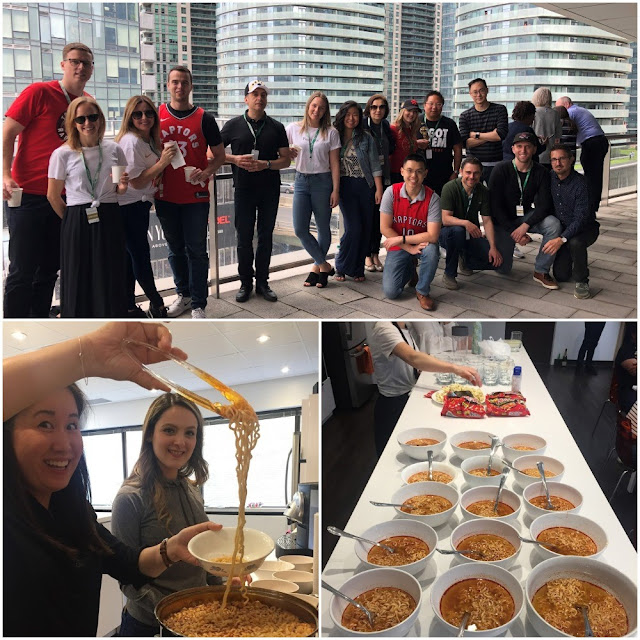 What share of public companies have interest coverage below parity in China?

It's estimated that 15% of Chinese bank loans will be non-performing in the next credit cycle. This would be worse than any previous US crisis but on par with the late 1990s Asian debt crisis in Korea. 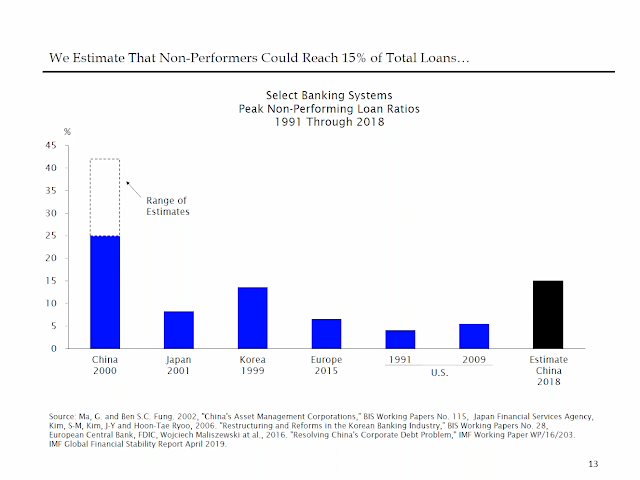 The diversity of the Chinese customer base 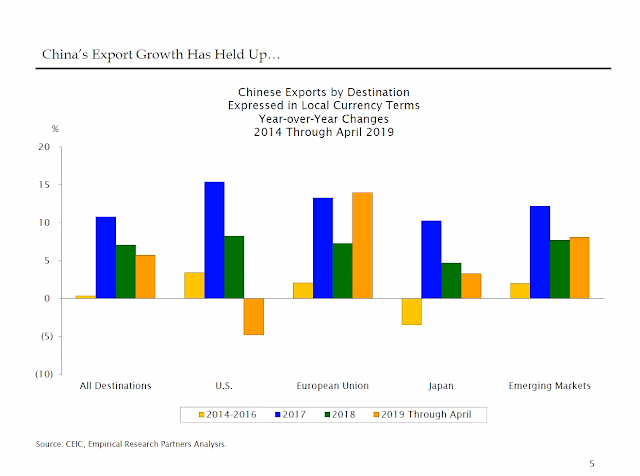 Howard Marks rarely attends a meeting these days where someone doesn’t propose a new theory of why this market cycle could be different. Mark’s latest memo broaches this very topic where he outlines nine of these hypotheses that have become far too prevalent among investors:
What do all nine of these theories have in common? That’s easy: they’re optimistic. Each one provides an explanation of why things should go well in the future, in ways that didn’t always go well in the past. Mark argues that it should be very worrisome if these are the guiding principles of investors today. It’s important to keep up with current developments and those that will shape the future, but it’s also important to not unlearn the lessons of the past.

From Larry Bird's nausea to Stephen Curry's butterflies, throughout history, the NBA’s brightest stars have had to manage and learn from pressure in a variety of ways.  The most elite basketball players are not immune to stress but instead mastered how to channel it, and in some cases thrived from it.

The truly great ones know there's pressure, so they don't consider consequences. If they did, they'd cave all the time. If you succumb to those consequences, you will never reach your potential. Just like with refining your shooting stroke, the more reps under pressure and stress, the more your body will learn to cope.

The second half of humanity is joining the internet

Today, over 50% of the planet’s population is online, a mere quarter of a century after the web first took off among tech-savvy types in the West. Most of the recent growth in users has come from the emerging world where 726 million people came online in the last 3 years. Countries like China are still growing fast, but much of the rise is coming from poorer places, notably India and Africa. 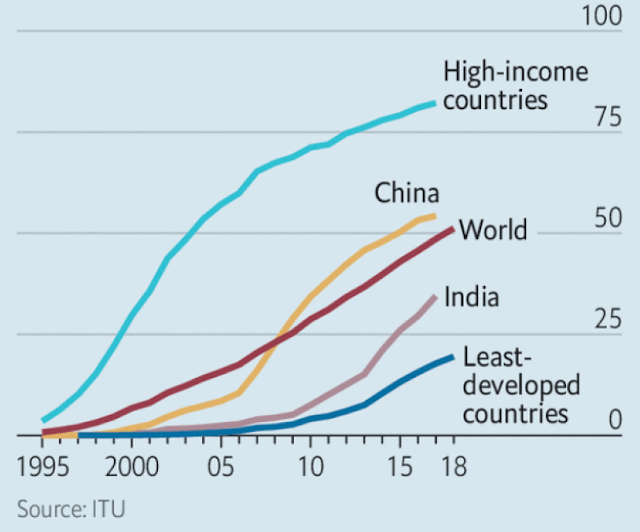 As these countries come online businesses now have access to a vast pool of new customers. The one challenge here is that most of these new users are too poor to spend very much.

For example, the average Facebook user in Asia generates only $11 of advertising revenue a year, compared with $112 for a North American user. The combined revenue of all the internet firms in emerging markets (excluding China) is perhaps $100 billion a year. That is about the same as Comcast, America’s 31st-biggest listed firm by sales.


Climbers are flocking to Mount Everest, making for increasingly dangerous climbing conditions as inexperienced climbers crowd the peak.  In 2019 at least 11 people have been killed on the mountain, which is the highest death toll since 2015. Why the sudden rush? People didn’t suddenly become braver and the mountain didn’t become less steep.  What happened was a slow but steady amount of progress in the technology and equipment needed to make the climb, thus opening the way for more and more people to attempt it.

Climbing Mount Everest still has cache, of course, but compared to ten years ago? Or 30 years ago? Not really. More and more are reaching the peak every year.

We see this phenomenon play out in the investment markets all the time. The first people to discover something exploitable and profitable are treated better than the subsequent people that come rushing in. This is what crowds do to opportunities. No matter how good you are, if what you’re doing is very profitable, others will copy you and will be “good enough” to impinge on your game. Which is why the best investments are those with moats – companies that are so good at something that their abilities and assets literally act as a barrier to those who would follow and imitate. 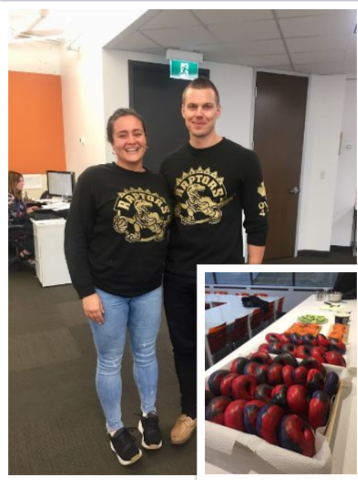