This $358 billion pension fund bets on private equity (Link)
With everyone diving in to private equity, future returns may not be as attractive as in the past. Yet the $358 billion California Public Employees’ Retirement system fund (CalPERS) believes it has a competitive advantage. Today, CalPERS has nearly $28 billion, or 8% of assets, in private equity holdings and over the last 10 years, private equity was CalPERS best-performing asset, returning an average of 9% annually, compared with 6.7% on public stocks. CalPERS now believes it may be able to continue this success and on March 18 voted to funnel up to $20 billion more into private equity over the next 10 years.

CalPERS plans to partner with elite private-equity managers, that will make them their sole client. That way, CalPERS would have better control and more transparency to make better investment decisions. The chief investment officer (CIO) of CalPERS believes more private equity is needed to increase the fund's probability of success.

Well-known names like BlackRock was one of the first foreign asset managers to expand into Mexico, raising $615 million for two funds. Blackstone Group has now also raised $695 million from Mexican pension funds for its first two local private equity funds. 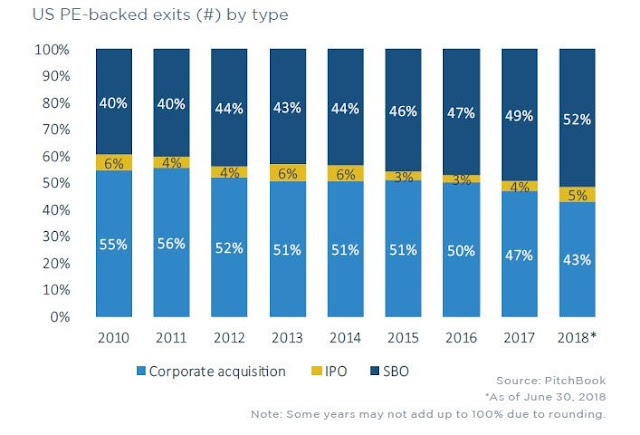 German house prices are up only 8% (cumulative) since 1970 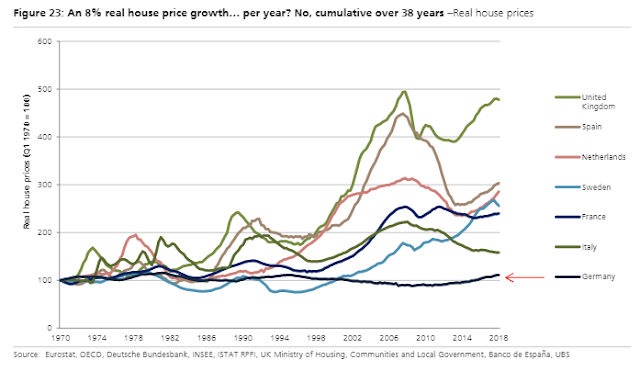 Germany’s mortgage market saw little growth in the past 18 years.
Germany's mortgage market was equivalent to 40.5% of GDP in 2017. This is not surprising as Germany has one of the lowest home ownership rates in Western Europe at 51.9%.

It is their job to entertain. It is your job to ignore (Link)
Every day media outlets try to tell investors how the markets are doing. This question commands far too much attention given how little it actually matters in most people’s day-to-day lives. Since January 17, 2018 the Dow Jones Industrial Average has seen absolute daily changes add up to over 58,000 points. 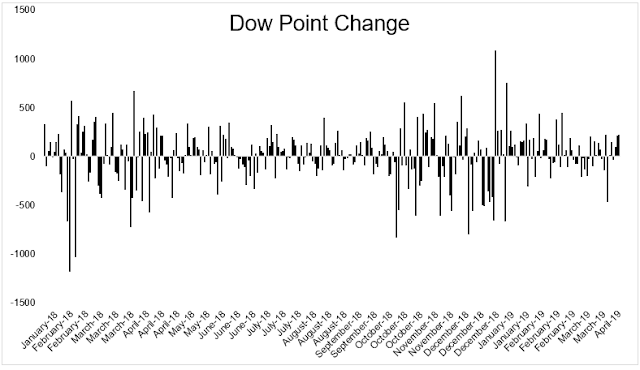 Yet over this time, the index has gained less than 100 points. 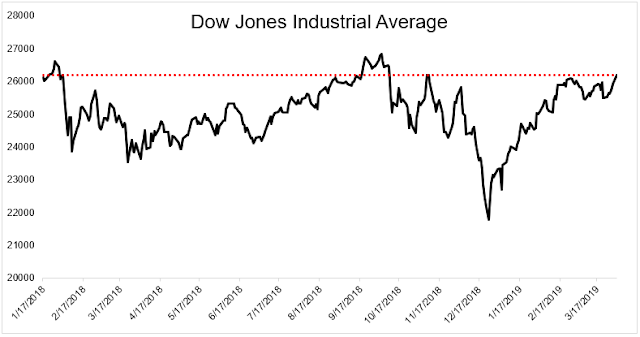 Why outperforming can be so difficult (Link)

Most assume picking the big winners is the key to outperforming the market for a stock-picker, but it’s likely more important to avoid those distressed stocks that can be so damaging to performance. Since 1980, over 320 companies were removed from the S&P 500 for business distress reasons. 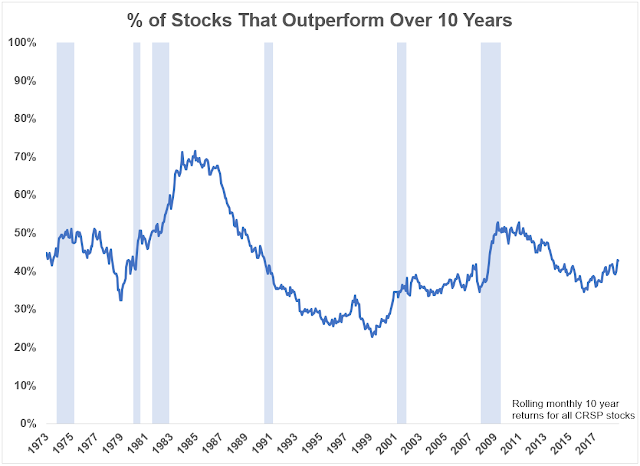 Posted by EdgePoint at 4:04 PM