Life lessons from Blackstone's Byron Wien (Link)
- If you want to be successful and live a long, stimulating life, keep yourself at risk intellectually all the time.
- The hard way is always the right way.
- Don’t try to be better than your competitors, try to be different.
- If it pays the most, you’re lucky. If it doesn’t, take it anyway, I took a severe pay cut to take each of the two best jobs I’ve ever had, and they both turned out to be exceptionally rewarding financially.

Don’t ask for his macro forecast - Howard Marks (Link)
“I don’t think anybody can consistently know the economy, interest rates, currencies, and the direction of the markets better than anybody else. So I swear off forecasting, and one of the elements in Oaktree’s investment philosophy is that we do not base our investments on macro forecasts. That doesn’t mean we’re indifferent to the macro, and our approach is, rather than depend on forecasts of the future, we depend on reading the present. I believe one of the greatest predictors of what the market’s going to do, or influences on what the market’s going to do, is where it stands in the various cycles, and if we can have an idea when the market is at an extreme position, I believe that can help us increase or decrease our aggressiveness or defensiveness in a timely fashion.”

The greatest investor you’ve never heard (Link)
Herb Wertheim may be the greatest individual investor the world has never heard. This once optometrist is a testament to the power of compounding as well as to the resilience of American innovation. Like Warren Buffett, Wertheim believes firmly in doubling down when his high-conviction picks go against him. Instead of concentrating on the metrics in financial statements, Wertheim is devoted to reading patents and spends two six-hour blocks each week poring over technical tomes. “What’s more important to me is, what is your intellectual capital to be able to grow?” Thanks to his engineering background, the technical nature of optometry and his experience as an inventor, the patent library is Wertheim’s comfort zone. Stocks he invested in based on their impressive patent portfolios include IBM, 3M and Intel.“If you like something at $13 a share, you should like it at $12, $11 or $10 a share, and if a stock continues to go down, and you believe in it and did your research, then you buy more”.

Jim Collins — A rare interview with a reclusive polymath (Link)
You likely know Jim Collins from one of his eight books, including Good to Great. Jim seldom gives interviews, so this is a rare window into an especially curious mind. At the end of every single day, Jim opens a spreadsheet with 3 columns and logs the following:1. What he did that day. 2. The number of creative work hours for that particular day (For the past 30 years, he’s clocked more than 1,000 creative work hours for the whole year). 3. A number: either +2, +1, 0, -1, or -2. indicating his overall emotional state for the day (+2 is the highest – aka a really good day). 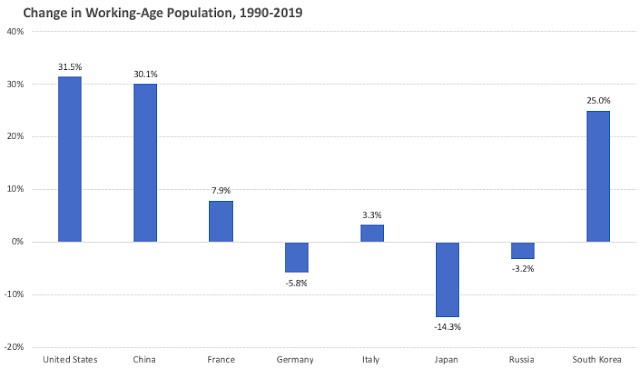 And here’s what happens over the next 30 years. 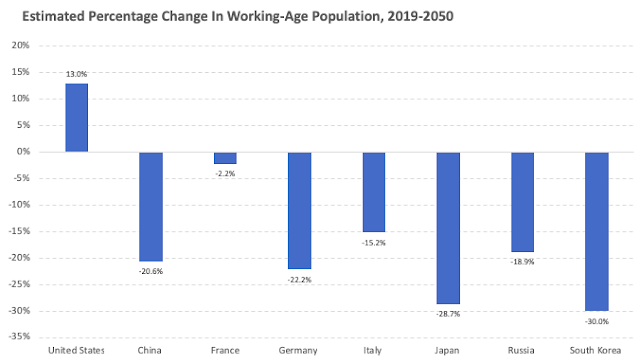 China ranks 86th in UN World Happiness Report (Link)
China ranked 86th - below 70th ranked Libya and 59th ranked Russia! The report noted Chinese rural households were much happier than urban households despite lower incomes. With the economy still growing at high levels you wonder why happiness is decreasing? Not too far behind China, is Venezuela, which is now ranked 102nd in the world down from 20th only 5 years ago. 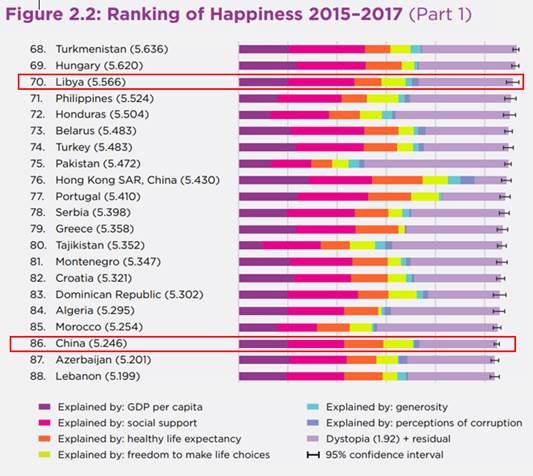 Relative returns of companies exposed to the US-China trade wars 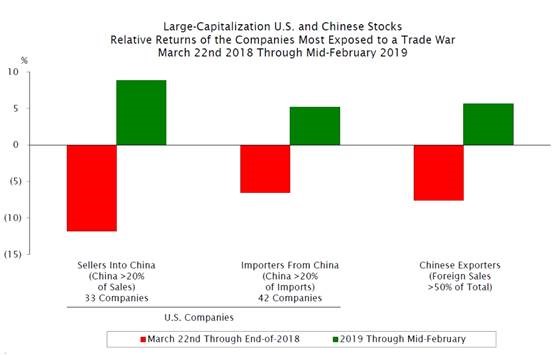 Gold reserves at major producers over the last 6 years

The problem of declining gold reserves has not been exclusive to Barrick. Many of the world’s largest gold companies including Newmont, Goldcorp Inc., and Kinross Gold Corp. have also seen their reserves fall. In the recent environment, there is a need to increase gold reserves to take advantage of the rising gold prices. This is providing increased incentive for consolidation among gold producers. 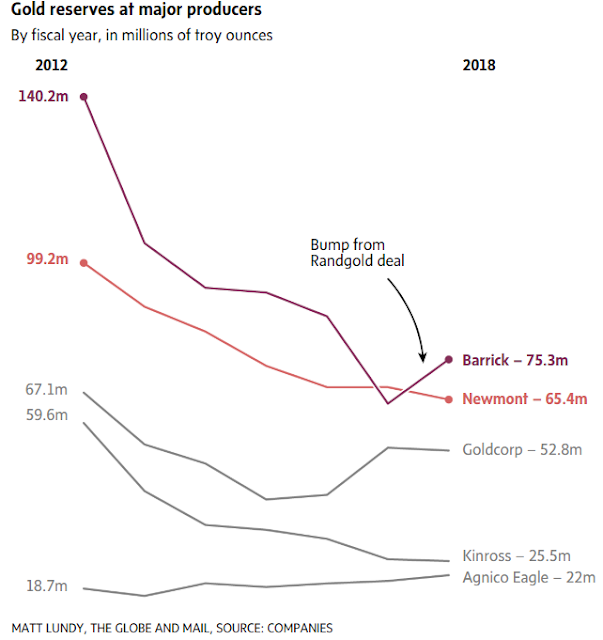