Barbers are cashing in on this West Texas oil boom (Link)
A gusher of crude production has transformed the Permian Basin into America’s hottest oilfield. The Permian produced 3.9 million barrels per day as of January and could top 5 million barrels a day by 2023, surpassing Iraq. Fortunes are being made in this fracking-related gold rush, and money and workers are flooding in. Finding a haircut or grabbing a plate of good Texas barbecue is hard because demand outstrips supply.

Pete McGarity opened Headlines Barber Shop in Odessa in 1998 and has ridden the boom-bust cycle before. In this latest boom he decided to capitalize on it and spent about $25,000 to retrofit a trailer into a custom, mobile barber shop. He drove it about an hour west to Pecos, Texas, and parked in front of the town’s only grocery store, hoping to catch oil field workers between shifts. It was an instant success. A cut costs as much as $40, more than the $25 he charged before the boom. There is usually a long waiting list, but patrons can cut the line if they pay $60, or $75 with a shave. Mr. McGarity’s barbers are raking it in making anywhere from $130,000 to $180,000 per year. He is considering investing in additional trailers to send to farther-flung towns in the oil patch and says the additional revenue may allow him to retire soon.

More global energy demand predictions (Link)
Oil demand peaking in the 2030’s, 2 billion electric cars on the road by 2050, 50% of power generation by renewables by 2035, and many other predictions which may or may not be accurate. 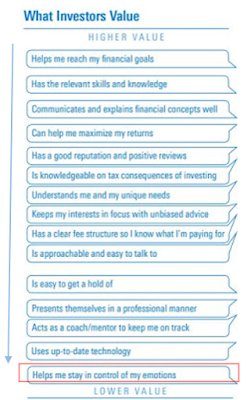 Gradual improvements go unnoticed (Link)
Since stocks bottomed in 2009, there have been so many potential reasons to sell, making it very easy to fill this chart in. The hard part was choosing what to leave off. 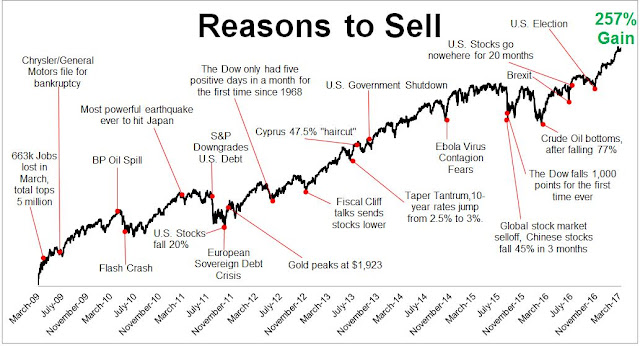 We’ve seen a thousand versions of this chart, but we haven’t seen the opposite, one that plots all of the positive developments over the last nine years. This was a much harder task as bad news makes headlines while gradual improvements go unnoticed. The fact that bad news is disseminated 10x as fast as positive news is one of the biggest reasons why it’s so difficult to just capture market returns for the average investor. 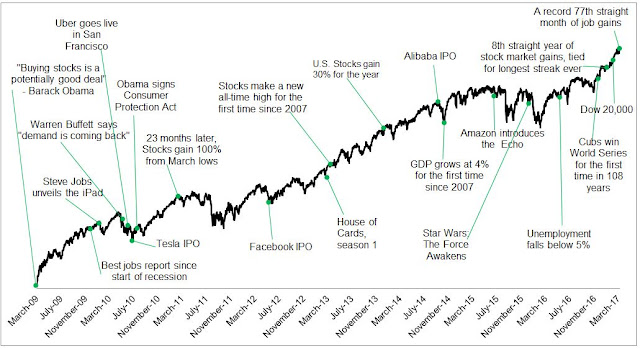 Stop feeding them cheese!
There are still over 3 million "extra" young adults living at home. If they all enter the housing market over the next 15 years, that would boost housing demand by 200 thousand per year. A reason to be secular bullish on housing. But again, the pace is likely to remain slow to moderate. 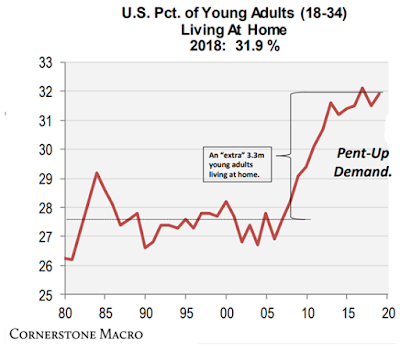 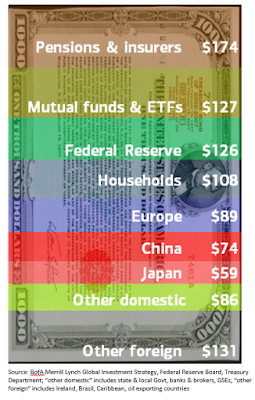 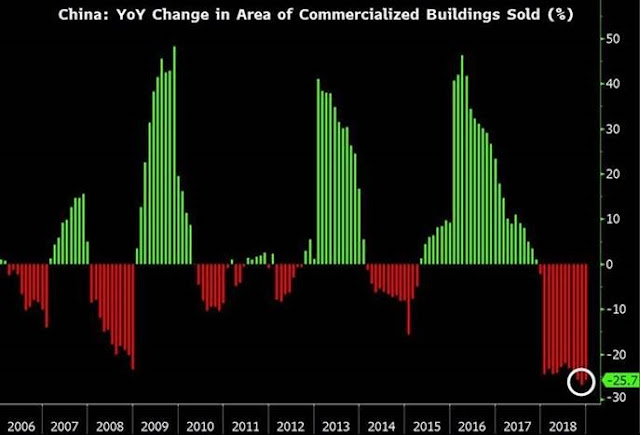