Listen to the story behind "The Incredibles" and the power of misfits (Link)
Pixar was founded on a disruptive vision. Their leaders fervently believed it was never too early to throw your own recipe out the window. Pixar founder Steve Jobs wanted to keep raising the bar—bigger hits, longer run times—so he picked a couple of outsiders to drive a shakeup. So they hired Brad Brid who was just fired from Disney. Brad hated being told “that’s the way we’ve always done it” as he believed you needed to continually shake things up. Brad joined Pixar with an idea that was far beyond what Pixar had ever done. That idea was The Incredibles, which required animating a whole family with super powers..Pixar had never animated humans before because the coding behind creating a realistic animated human was something viewed as impossible in CG animation. Brad searched Pixar’s ranks for people who were frustrated with the status quo and willing to give Brads idea a try. It turns out Brad was onto something as his new team of frustrated individuals was super motivated to develop fresh new solutions and wanted to bring Brads incredible idea to life. The Incredibles went onto gross over $600 million and win two Oscars. Not bad for a misfit like Brad.


California is building unnecessary power plants (Link)
California uses 2.6% less electricity annually from the power grid now than in 2008, despite this reduction residential and business customers are paying $6.8 billion more for power than they did then. The added cost to customers will total many billions of dollars over the next two decades, because regulators have approved higher rates for years to come so utilities can recoup the expense of building new plants. California regulators have for years allowed power companies to go on a building spree, vastly expanding the potential electricity supply in the state. Today the gap between what Californians pay to turn on their lights versus the rest of the country has nearly doubled. California has this tradition of astonishingly bad decisions. 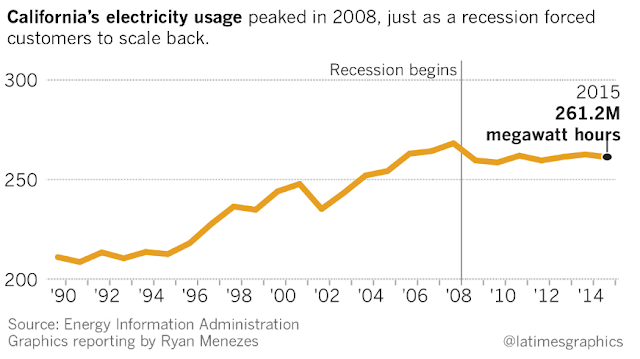 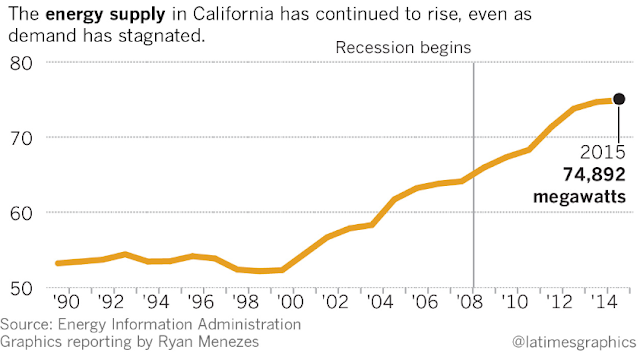 How did the U.S. stock market get so old? (Link)
The average age of companies listed on US exchanges has been steadily rising for three decades. Now it’s 20 years which is almost twice the average in 1997, during the dot-com craze. The trend toward fewer and older companies has been developing for years. Firms are staying private for longer, and initial public offerings—once a rite of passage for a successful startup—get done later. Once companies do list, they quickly become prey. In a market dominated by megacaps, behemoths swallow up competitors with ease.