Why do we make stupid investment decisions? (Link)
Stupidity is overlooking or dismissing conspicuously crucial information. Here are seven factors which can create situations where stupidity can flourish: outside circle of competence, stress, rushing or urgency, outcome fixation, information overload, group/social cohesion, presence of authority, overconfidence/ego and external justification.

Short money rules (Link)
- Above-average results requires not being afraid of looking wrong
- Most people are afraid of looking wrong
- Good investing is 50% psychology, 48% history, 2% finance
- Obvious risk: not having three months of emergency savings
- Underappreciated risk: having three months of emergency savings when the average duration of unemployment is six months
- People like weekends because it’s when they have the most control over their time; financial goals should keep this in mind

Who is on the other side? - by Michael Mauboussin (Link)
Perhaps the biggest source of market inefficiency remains the human being. As groups, we repeatedly veer to extremes in our optimism or pessimism, leaving mispriced securities in our wake. 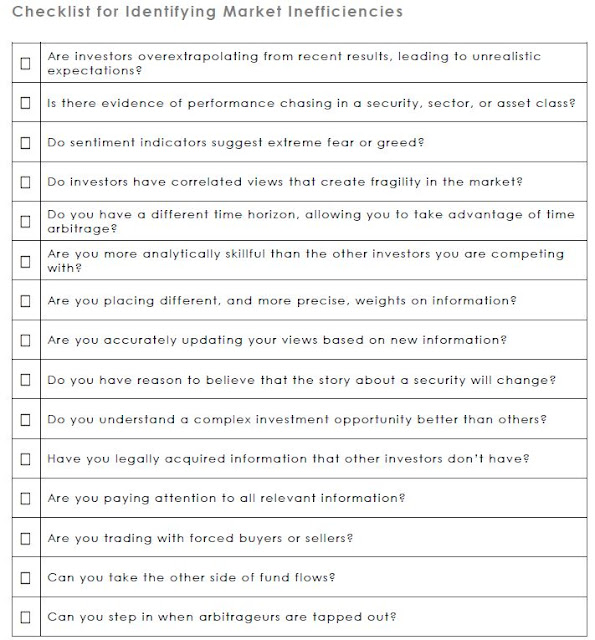 Dividends and buybacks - Fact and Fiction by Aswath Damodaran (Link)
I believe that the shift to buybacks reflects fundamental shifts in competition and earnings risk, but I don't wear rose colored glasses, when looking at the phenomenon. There are clearly some firms that are buying back stock, when they clearly should not be, paying out cash that could be better used on paying down debt, especially in the aftermath of the reduction of tax benefits of debt, or taking investments that can generate returns that exceed their hurdle rates. You may consider me naive, but I believe that the market, while it may be fooled for the moment, will catch on and punish these firms. Also, the data suggests that these bad players are more the exception than the rule, and banning all buybacks or writing in restrictions on buybacks for all companies strikes me as overkill, especially since the promised benefits of higher capital investment and wages are likely to be illusory or transitory. If you are tempted to back these restrictions, because you believe they are well intention-ed, it is worth remembering that history is full of well intention-ed legislation delivering perverse results.

Share buybacks
There is an argument that stock buybacks reduce the amount companies invest.  This chart shows the actual investments done by companies dating back to the 1940s. It's not obvious there is a problem. 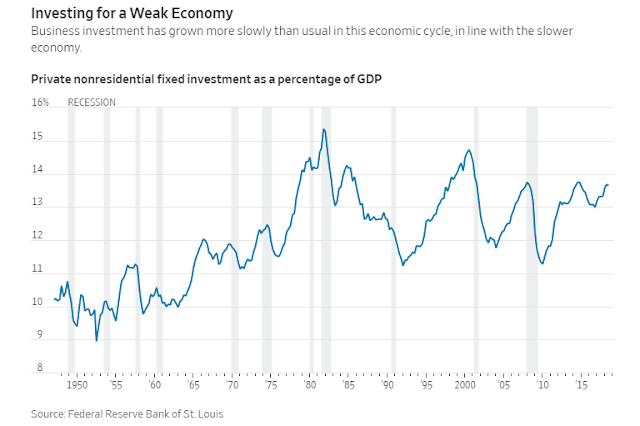 The chart below adds "intellectual property" to the mix.  The world has changed and it's weird to not add spending on life-saving drugs or new apps and software that improves your life.  There is no obvious problem here. 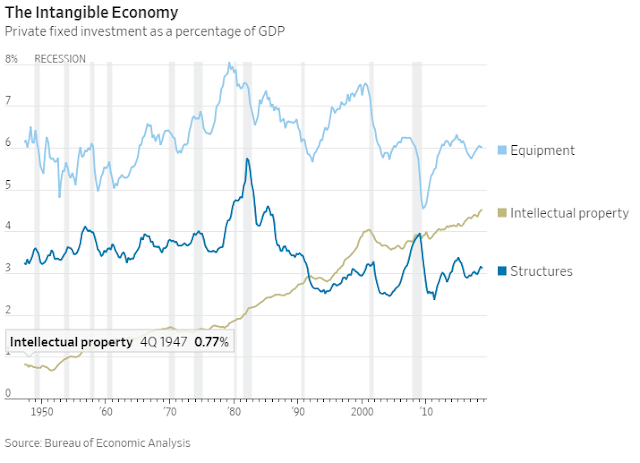 Can China stimulate while not adding leverage? (Link)
Primarily a word used in the UK, cakeism is the belief that it is possible to enjoy or take advantage of both of two desirable but mutually exclusive alternatives at once. China's version of "cakeism", centers around the leadership's conflicting commitments to de-risking the financial system on one hand and on the other, hitting elevated growth targets north of 6 per cent. You can't really have a determined effort to deleverage the economy and not expect it to have a material impact on economic growth. 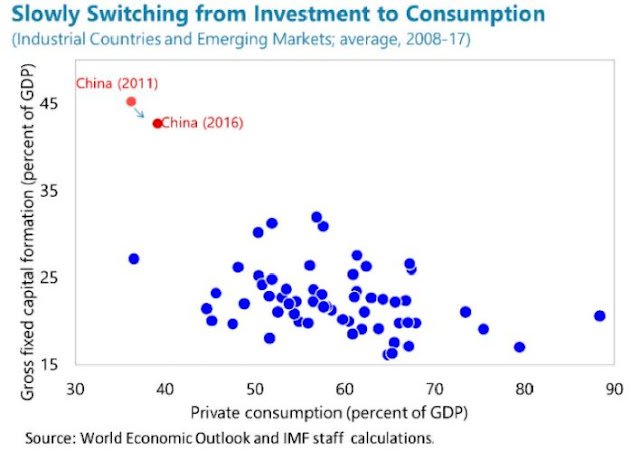 Posted by EdgePoint at 4:23 PM