Things I'm pretty sure about (Link)
"Market behaviors feed on themselves. We all see the same market price and read the same commentary, the latter of which acts like gasoline on the flames of herd behavior. So investing misbehaviours can snowball. The consequence is that markets rarely sit at “average” valuations; they spend far more time in areas that look historically cheap or historically crazy. Underestimating adaptation and reversion to the mean is the greatest cause of pessimism. If you can stick around long enough to stomach the adaptations, optimism should virtually always the default assumption."

The Big Mac index shows currencies are very cheap against the dollar (Link)
"The Big Mac index is based on the theory of purchasing-power parity (PPP), which states that currencies should adjust until the price of an identical basket of goods—or in this case, a Big Mac—costs the same everywhere. By this metric most exchange rates are well off the mark. In Russia, for example, a Big Mac costs 110 roubles ($1.65), compared with $5.58 in America.  That suggests the rouble is undervalued by 70% against the greenback." 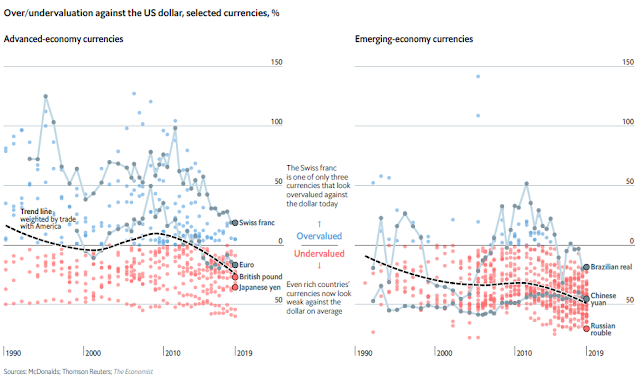 With an aging population spurring an ongoing economic revival, Japan is proving demographics aren't always destiny $(Link)
"Japan is refreshing its labor force from three often-neglected pools: the elderly, women and foreigners. This offers important lessons for the many other countries that now, or will soon, face similar demographic pressures." 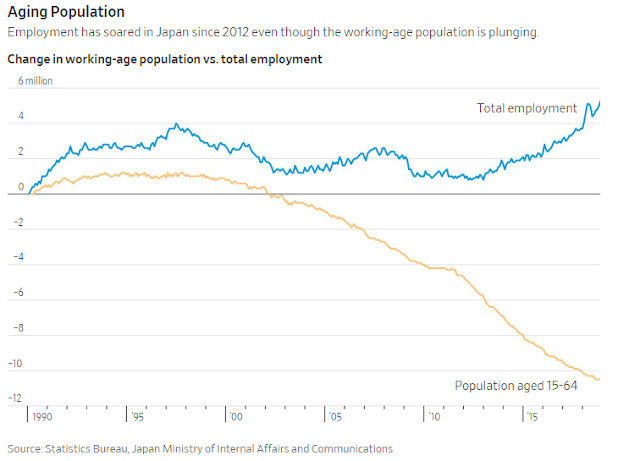 Posted by EdgePoint at 4:24 PM